50-year old Ive was made the chief design officer back in 2015, and he had handed over the day to day management responsibilities to vice presidents Richard Howarth and Alan Dye

Jony Ive, the design maven and chief design officer at Apple, is returning to his managerial role at Apple's design group. 50-year old Ive was made the chief design officer back in 2015, and he had handed over the day to day management responsibilities to vice presidents Richard Howarth and Alan Dye. While Howarth was responsible for the management of industrial design, Dye looked after user interface design and both reported to CEO Tim Cook. 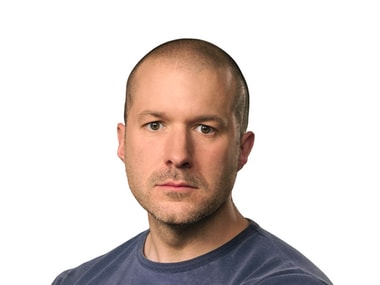 According to a report in 9to5 Mac, Dye and Howarth were no longer seen listed on the official Apple leadership page. This was followed by a report in Bloomberg which confirmed that Ive was back as the reporting manager for the design team.

According to company spokeswoman Amy Bessette, since the Apple Park is now complete, all the Apple design leaders and teams would be reporting directly to Ive.

Ive has now taken over the managerial responsibilities after a gap of two years. In this interim, Ive was overseeing the design of Apple's 'spaceship' campus called Apple Park, a 2.8 million-square-foot campus. This was also where the current generation iPhones were launched inside the Steve Jobs Theatre.

Ive joined Apple in 1992 and had started leading the Apple design team in 1996. Ive has been instrumental in the design language of a lot of Apple products, including the original iMac desktop in 1998, the first iPod in 2001 as well as the iPad in 2010. Back in 2015 when Cook made him the chief design officer, he had reiterated the fact that Ive would still be overseeing all Apple product designs.

According to Techcrunch and 9to5 Mac, it was speculated that Apple had offered Ive a new position to slowly ease him into retirement and groom Howarth and Dye as the post-Jony Ive design leads. But with the new changes, it looks like Ive is going nowhere.