Jolla's Sailfish X OS for Sony Xperia X to roll out in October; will cost you €49

Those interested in trying out Sailfish X, will need to purchase a Sony Xperia X smartphone (the single SIM version) first.

After plenty of rumours and then some teasers and an official announcement, Jolla's Sailfish OS for Sony Xperia smartphones is almost ready for release. According to the latest blog by the company, the Sailfish X OS will be ready for the Sony Xperia X starting from the 27 September (its official sale date) where users who want to try out the Linux-based OS will have to fork out €49.90. 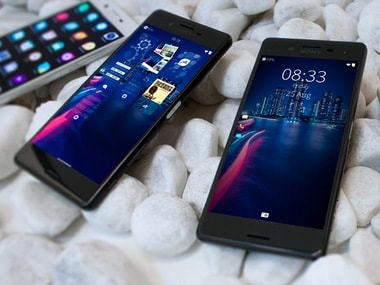 Yes, the developers of the Sailfish X are asking fans in the European Union, Norway, Switzerland, US and Canada to pay about 50 Euros for a brand-new mobile user experience that does not obviously include the handset.

Those interested in trying out Sailfish X, will need to purchase a Sony Xperia X smartphone (the single SIM version) first. It will need to be a factory unlocked device as carrier locked devices may not work with the OS.

According to the blog post, owners will get a Sailfish OS image to flash that should be ready for download by 11 October. The OS will provide Android support, which includes predictive text input, and support for MS Exchange. All software support will be available for download from the Jolla Store.

Then there is this bit about software updates. According to Jolla, the software update will be available for one year. Post this, owners will be a part of continuation program that will follow. Owners of Sailfish X will also get Jolla Customer Care service.

Interested? Well, there is this one last bit that Jolla will make clear.

"Remember that in order to get the software running properly on your Sony Xperia X device you will need to do some magic yourself on the device, i.e. you should be tech savvy and have a PC with Linux operating system to get through the process. Don’t worry though, we will provide good instructions for this."

In short, you need to be tech savvy and need a PC with Linux running on it to get your phone to run Sailfish X. Is this too much to ask for? Or is it worth the trouble? We'll know once the first builds are out.