KaiOS is based on Linux and is very light on resources. It’s also been designed to work with phones that lack a touch-screen.

KaiOS, the Linux-based OS powering JioPhone and several other feature phones might soon get WhatsApp!

WABetaInfo, a very reliable source on all things WhatsApp reports that “references to a native KaiOS app" have been seen in the latest beta commits to WhatsApp for Windows Phone (yes, Windows Phone of all things). 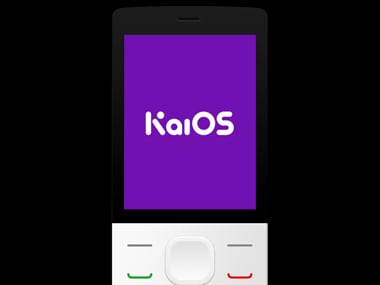 KaiOS is based on Linux and is very light on resources. It’s also been designed to work with phones that lack a touch-screen, making it an obvious choice for feature phones.

One of the most popular phone in India using KaiOS is of course the JioPhone, which sells for Rs 1,500 (and includes a refund of Rs 1,500, making it effectively free).

It’s not an official announcement by any means, but it’s clear that development is happening in that direction. KaiOS Technologies did mention during MWC 2018 that they had partnered with several technology companies, most notably Facebook, and that more apps would be coming.

WhatsApp is currently supported on Symbian 40, a feature phone OS popularised by Nokia, but that support will end this year.

Google and Twitter have already partnered with KaiOS to bring Assistant, Twitter and several other features to the platform.