Ever since its debut in the Indian telecom industry Reliance Jio has made massive ‘stir’ with its aggressively priced plans and racked up more than 100 million subscriber base (as of 2018). In a fresh move, Jio has introduced a new group-voice calling app called JioGroupTalk to allure users. Reliance Jio has a wide range of apps listed on Google’s Play Store, with JioGroupTalk being the new add-on put in Jio’s suite of app.

JioGroupTalk is basically a One Touch Multi-Party calling app that enable users to make conference calls free of charge. The user interface is simple and users can add up to 10 members and even remove or mute members during an ongoing call. The app has a file size of just 6.2 MB and it is compatible on both Android and iOS platform.

Notably, smartphones anyway provide users the option to participate in conference calls without downloading a specific app, but while that requires you to add numbers one by one, the JioGroupTalk app will make it convenient by creating a group and get on to a conference call. But while this looks seamless there are a few caveats users should note.

Firstly, the app is exclusive to Jio subscribers, and one needs to have to a VoLTE-enabled device to use the JioGroupTalk. However, participants in the conference call can be non-Jio subscribers.

In case you are using a Jio SIM card, here’s how you can use the app —

Download the app from Google Play Store or Apple App Store. The app once downloaded it seeks permission to ‘allow display over other apps.’

Tap the button and then open the app in your home screen. Once it's open, the app seeks permission to access contacts, photo, and media files on your phone. With the permissions granted you will then need to enter your name and Jio number for the setup. 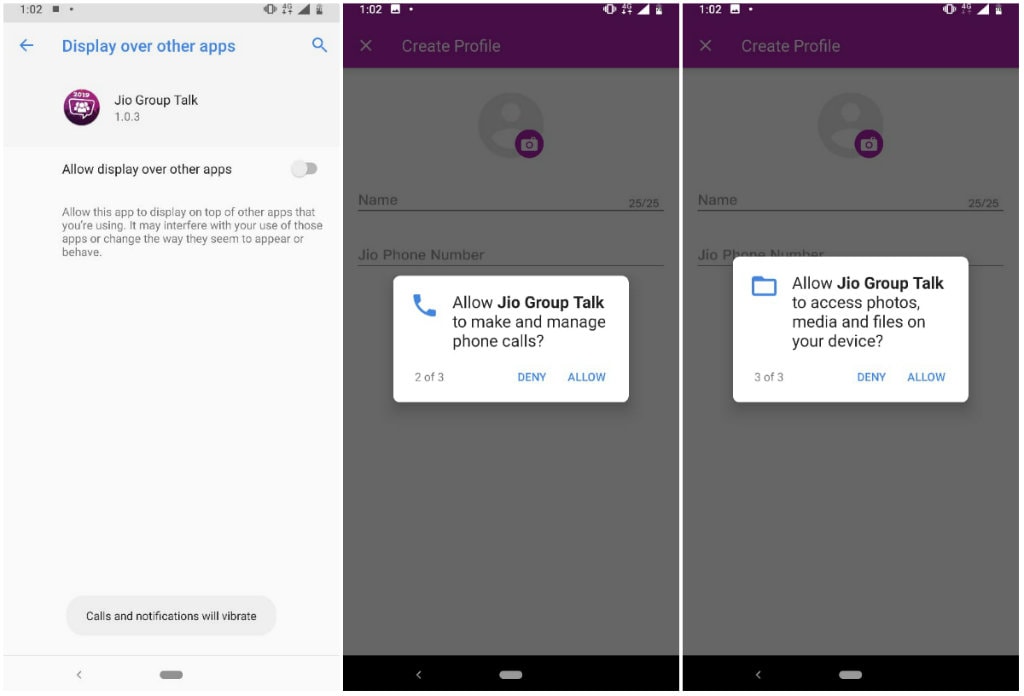 JioGroupTalk app allows you to add up to 10 participants.

Following the setup, the app will lead you to the interface where you will find three tabs – Recent, Groups and Contacts. The Recent tab will show you the conference calls you made recently, while the Groups tab will allow you to create groups whereby you can add participants (up to 10 members), manage and get on to a conference. Meanwhile, the Contacts tab show the contact list store on your phone.

We tried testing the app and it worked seamlessly without any disruption during the conference call.

To create a new group, you can tap on the Create New Group that you will see under the Groups tab. Select the numbers by typing the contact name and selecting the small box you will find on the right side. Once done, you can give a name to the group and save it.

Interestingly, the app comes with a lecture mode that allows one participant to speak while other participants are muted. You can remove a participant from the group call as well by long pressing on the contact number you want to remove and then select the delete option from the pop-up menu. You can also mute a participant by pressing the Mute icon you will see at the top. The button initially mutes all the participants and you need to individually unmute the participants with whom to want to carry forward the conference call. 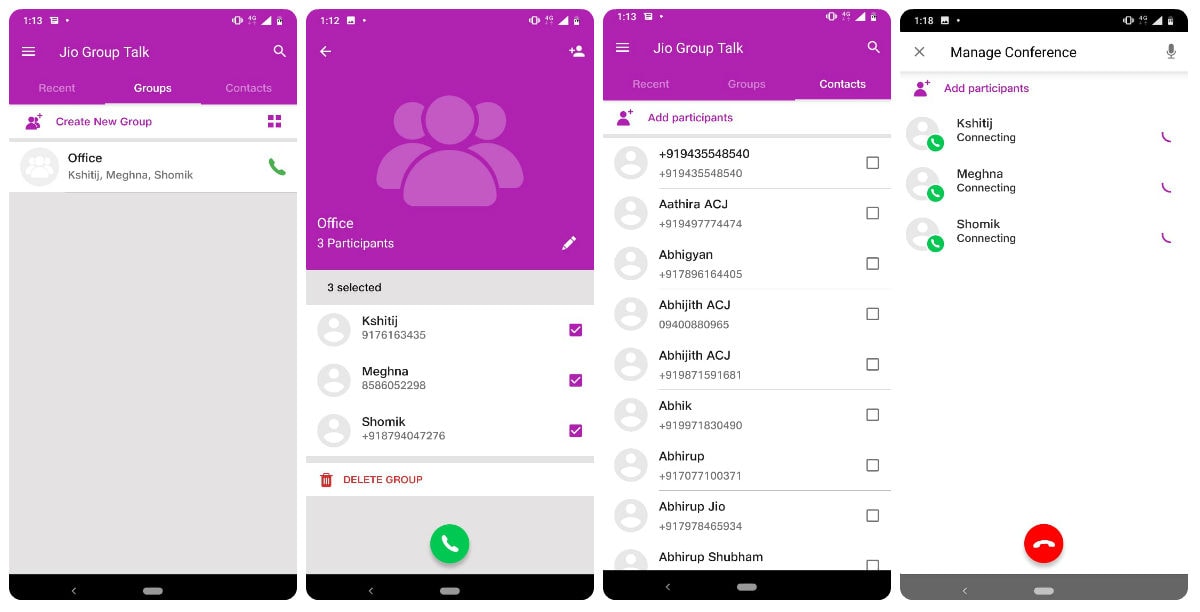 The JioGroupTalk has Schedule Conference which will likely allow you to set time for a conference call, however, the feature is currently under development.  Compared to WhatsApp, the new JioGroupTalk offers just the basic feature of making and managing conference calls as of now. However, the app removes the pain of waiting for a stable network to make a group internet voice or video call.