Jeff Bezos to step down as Amazon CEO: How he turned an online bookselling platform into a $1.7 trillion 'everything store'

As Amazon reported its latest set of blockbuster financial results, Bezos said he planned to hand over the reins this summer and transition into the role of executive chairman.

When Jeff Bezos founded an online bookseller named Amazon in 1994, he said the question that he was asked most frequently was, “What’s the internet?”

Bezos answered by building Amazon into a $1.7 trillion behemoth that sold so many different items online it became known as “the everything store.” In the process, he upended the retail industry, turned Amazon into a logistics giant, and expanded into cloud computing, streaming entertainment and artificial intelligence-powered devices. For a time, he was the world’s richest person.

On Tuesday, Bezos, 57, said his run at the top of the Seattle-based company was over.

As Amazon reported its latest set of blockbuster financial results, Bezos said he planned to hand over the reins this summer and transition into the role of executive chairman. Andy Jassy, 53, CEO of Amazon’s cloud computing division, will be promoted to run the entire company. The change will be effective in the third quarter, which starts in July.

“As much as I still tap dance into the office, I’m excited about this transition,” Bezos wrote in an email to Amazon’s employees. As executive chairman, he said, he intends “to focus my energies and attention on new products and early initiatives.” 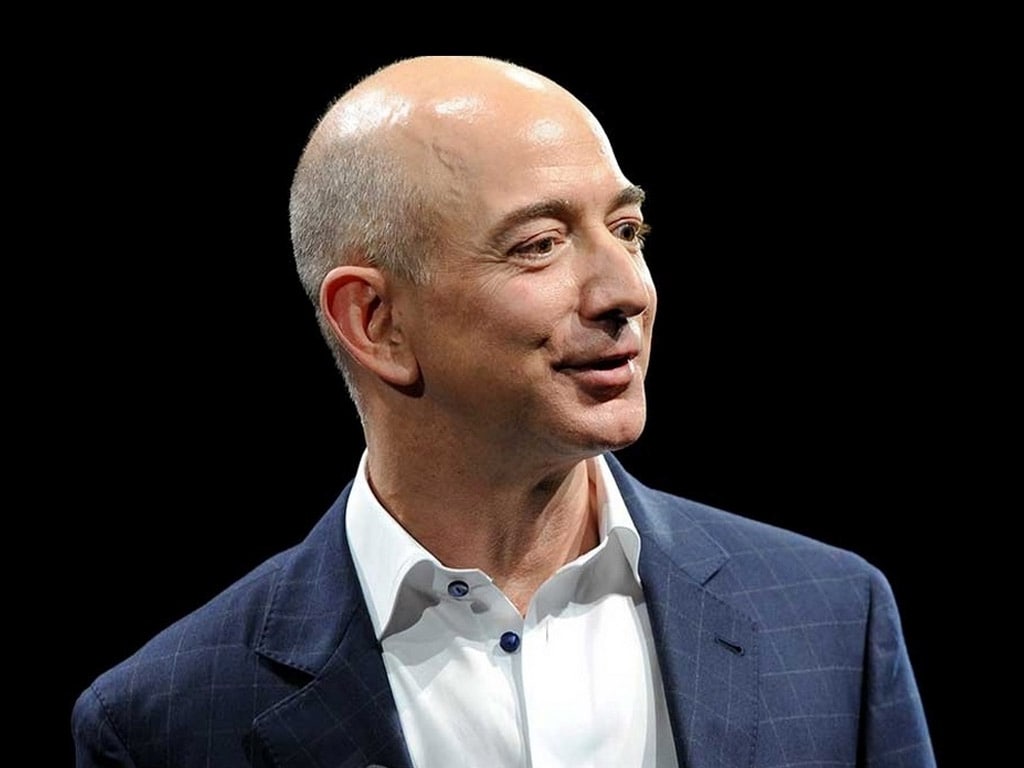 The changing of the guard is set to ripple out beyond Amazon, which Bezos has personified for more than two decades. His impact on corporate America and his remaking of the way that goods are sold turned him into one of the world’s most influential technology and business leaders, as well known as the founders of Apple and Microsoft, Steve Jobs and Bill Gates. Bezos’ personal wealth also soared to $188 billion, which was surpassed only last month by Elon Musk.

In recent years, Bezos had stepped back from much of Amazon’s day-to-day business, delegating those responsibilities to two main deputies, including Jassy. He instead had focused on Amazon’s future and on personal projects. In 2013, he bought The Washington Post, and has said he spends more than $1 billion a year on Blue Origin, his space travel company.

Two years ago, he also got a divorce and became a fixture of tabloids, which gushed over his increasingly visible social life, including on superyachts owned by billionaires like Barry Diller.

But the pandemic pulled Bezos back into Amazon’s daily operations last spring. As Amazon grappled with a flood of e-commerce demand, labor unrest and supply chain challenges brought on by the coronavirus, Bezos held daily calls to help make decisions about inventory, talked to government officials and made a much-publicized visit to one of Amazon’s warehouses.

Amazon has now stabilized, and its growth has surged as more people have turned to e-commerce and the company’s Prime fast-shipping program, which has more than 150 million members. Amazon on Tuesday posted a record $125.6 billion in sales for the fourth quarter, while profits more than doubled to $7.2 billion from a year earlier. It was the first time the company had exceeded $100 billion in sales in a single quarter.

Amazon shows no sign of pulling back from its ambition to push into more corners of the economy. On a call with investment analysts, Brian Olsavsky, Amazon's chief financial officer, said the times that the company had “pre-invested” before future growth had paid off. He said Amazon would continue spending more on cloud computing infrastructure and groceries, and expand its logistics operations — especially its rapidly growing last-mile delivery network, which depends on half a million contract drivers to deliver packages.

Bezos is not expected to disappear from Amazon. “Jeff is really not going anywhere,” Olsavsky said, adding that the change was “more a restructuring of who is doing what.”

Bezos will remain Amazon’s biggest shareholder — he owns 10.6 percent of the company, according to filings — and stay on the board of directors.

His exit as CEO was “a personal decision for him,” Olsavsky said. “The role of CEO at a place like Amazon is an all-encompassing role, and it does leave little time for other things.”

Other founders of internet companies that have become the world’s largest digital gatekeepers have also stepped back from day-to-day responsibilities as their fortunes swelled and they put more energy toward personal projects. In 2019, Larry Page and Sergey Brin, the Stanford graduate students who founded Google, left their executive roles at Google’s parent company, Alphabet. They handed the reins to a protégé, Sundar Pichai. While Bezos is leaving at a high point for Amazon’s business, the company faces multiple challenges. Amazon is under growing scrutiny from lawmakers and regulators around the world over whether it is unfairly wielding its clout.

In November, European Union regulators brought antitrust charges against Amazon, saying the company broke competition laws by using its size and access to data to harm smaller merchants that rely on the company to reach customers. And earlier on Tuesday, Amazon agreed to pay $62 million to the Federal Trade Commission to settle charges that it withheld tips to delivery drivers between 2016 and 2019.

Amazon has also grappled with growing labor unrest as its workforce has ballooned to 1.3 million employees. Last year, some of the company’s warehouse workers expressed discomfort with safety conditions amid the pandemic, forcing Amazon to undertake emergency actions and to hire even more aggressively. More recently, workers at an Amazon fulfillment center in Bessemer, Alabama, have been trying to organize a union.

And competition remains stiff. Walmart, the nation’s largest retailer and itself an industry-transforming force, recently introduced a competitor to Amazon Prime called Walmart+. It has made major investments in talent and technology to keep pace with Amazon, buying Jet.com and a slew of other e-commerce companies.

Amazon’s announcement marks the second major executive transition at the company in the past year. In August, Jeff Wilke, CEO of Amazon’s vast consumer business, said he planned to retire in early 2021 after more than two decades with the company. Dave Clark, who ran the fulfillment and logistics operations, was promoted to replace him.

Olsavsky said Amazon would announce Jassy’s successor as head of the cloud business in the coming months.