Japan uses technology and anime to promote the Tokyo 2020 Games

On offer were cameras for visitors to imprint their face on paper used to make traditional folded cranes, during the Winter Olympics 2018 in Pyeongchang

Traditional paper cranes and some of the latest technology are on offer as Japan seeks to promote itself as the host of the next Olympic Games in 2020, with organisers hoping to inherit the enthusiasm and fervour of Pyeongchang 2018 hosts. 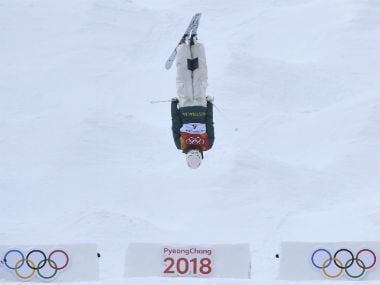 Tokyo will host the summer games for the second time, following the tremendously successful 1964 Olympics, and organisers have brought a large delegation to Pyeongchang to learn how to host them successfully.

But on 8 February, it was all about introducing the fun side of Japan at the Tokyo 2020 Japan House, which opens to the public as the Games officially get going on 9 February.

On offer were cameras allowing visitors to imprint their face on paper used to make traditional folded cranes and others that create life-size avatars that then romp through typical Tokyo street scenes on a huge screen.

“We will see an unprecedented run of three consecutive Olympics in Asia, Pyeongchang 2018, Tokyo in 2020 and Beijing in 2022, a chance for all Asia to cooperate to make these fun,” said Yukihiro Nunomura, Chief Operating Officer at Tokyo 2020.

“Pyeongchang will start this off and we expect this to be a huge success and that this baton can then be passed to Tokyo, so we inherit their enthusiasm and fervour.”

Tokyo planners have struggled with surging costs and construction delays, especially with the new national stadium, but the International Olympic Committee has repeatedly said it is pleased with how preparations are going.