ASNARO-2, satellite developed by Japanese tech firm NEC, will perform Earth-observation tasks for five years from its orbit at an altitude of about 500 km 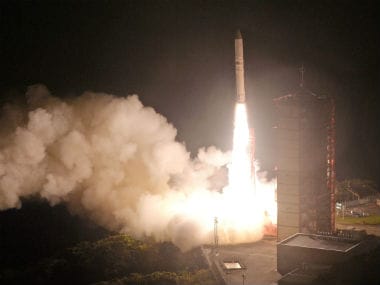 The Advanced Satellite with New System Architecture for Observation (ASNARO-2) was launched aboard a third-generation Epsilon rocket from the Uchinoura Space Center, in the southwestern prefecture of Kagoshima, Japan, Efe reported.

"The launch and flight of Epsilon-3 took place normally," JAXA said in the statement, and further confirmed that after approximately 52 minutes into the flight, the 570 kg ASNARO-2 satellite successfully separated from the rocket.

ASNARO-2, developed by Japanese tech firm NEC, will perform Earth-observation tasks for five years from its orbit at an altitude of about 500 km and can deliver all weather radar imagery at a 1 meter resolution on the ground.

This was the first launch of a JAXA Epsilon rocket ordered by a private company, a successful concept which the Japanese Aerospace agency hopes will boost this type of order.

The Japanese aerospace agency designed the Epsilon to be smaller than conventional rockets to reduce the cost of launching small-sized satellites.

The cost of this launch is estimated to be around $36 million, roughly half the cost of conventional rockets.

The first Epsilon rocket was launched in September 2013 to put the first remote planetary observing space telescope into orbit.