Japan Display has been caught out by a swift change in consumption trends, with handset makers shifting to the thinner and flexible OLED displays.

Japan Display said it is considering tapping new investors for capital to catch up in organic light-emitting diode (OLED) screens as its late entry into the technology is costing the display maker orders from its largest client, Apple Inc. 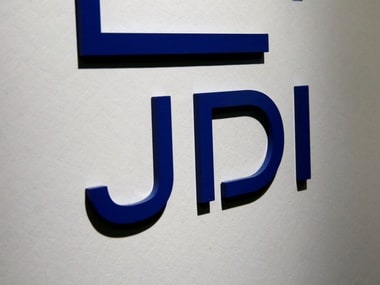 The liquid crystal display (LCD) maker also outlined on 9 August an operational overhaul under which it will streamline production lines and slash 3,700 jobs, or 30 percent of its workforce, resulting in a special loss of 170 billion yen ($1.55 billion) for the current year.

Japanese electronics makers have struggled to compete against their Asian rivals, ceding market share to cut-price Chinese competitors at the low end of the market but also failing to innovate enough to stay ahead in high-end products.

Japan Display has been caught out by a swift change in consumption trends, with handset makers shifting to the thinner and flexible OLED displays from LCDs for high-end models.

It plans to start mass-producing OLED panels for smartphones only in 2019, while Apple, whose orders account for more than half of the firm's current sales, is widely expected to begin adopting OLED for its iPhones later this year.

"We now see no future for the smartphone panel business without OLED," CEO Nobuhiro Higashiiriki said at a quarterly results briefing. "We have strategically changed our direction."

While Chinese display makers are seen by analysts as the most likely candidates for investing in Japan Display as they rapidly expand their presence in the display market with state support, there could be protectionist concerns.

There are doubts if Japan Display's main investor - the state-backed Innovation Network Corp of Japan (INCJ) - would allow Chinese players to take a stake in the firm, said Masayuki Otani, chief market analyst at Securities Japan.

Quick and bold investment decisions that are crucial in the competitive tech industry are often hard to make for funds with taxpayers' money, analysts said.

As of now, INCJ is expected to play a major role in groups that are the front-runners for Toshiba's planned sale of its $18 billion chip business.

Japan Display said it had received a new line of credit worth 107 billion yen from its main lenders to finance the operational overhaul. That is on top of 75 billion yen in aid last year from INCJ.

The company said 3,500 of the 3,700 job cuts will come from overseas, but declined to specify locations. It has a total of five plants abroad - in China, the Philippines and Taiwan.