"In the present geopolitical situation, India is located sensitively. Preparedness is something that India cannot compromise on," the Defence Minister noted.

Union Minister of Defence, Finance and Corporate Affairs Arun Jaitley on Saturday said that India "needs to put all its national resources behind defence preparedness". 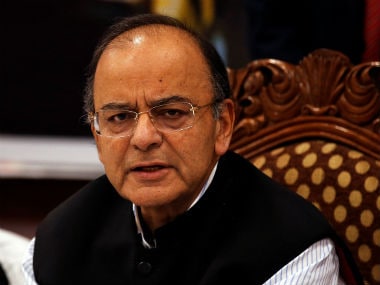 "In the present geopolitical situation, India is located sensitively. Preparedness is something that India cannot compromise on," the Defence Minister noted.

Remarking that India has "always been heavily dependent" on the rest of the world for buying its defence equipment and technology, Jaitley said it is now growing into a defence manufacturing hub."India earlier was always seen as a buyer. Our narrow policies also contributed to this," Jaitley said.

"We are now evolving into a major manufacturing hub not only for our own requirements but also for supplying to other countries in the world," he said. It is absolutely "necessary" for our country to enhance its manufacturing ability, Jaitley said.

"With the experience of our country's public sector undertakings and the entrepreneurship abilities of the private sector, coupled with the size of our market, that international markets can also eye, we need to enhance our manufacturing ability," he said.

India needs to "graduate" in the field of defence from a "buyer into a manufacturer", the minister said.

During his visit here, Jaitley had launched the production of HAL designed 5.8-tonne category LCH and dedicated HAL's design upgrade programme of Hawk-i, an indigenously designed Hawk aircraft, to the nation.

This would increase the metro car manufacturing capacity from the current number of 18 coaches a month to 27.

Soldiers beheaded on LoC: Pakistan's image is its Achilles' Heel, India must target that

Arun Jaitley: Killing of six cops by terrorists in Kashmir an act of 'cowardice'