The patented technology is being called predictive touch that works with AI to guess where the driver will point their finger.

Tata Motors-owned Jaguar Land Rover has tied up with the University of Cambridge to develop a new touchscreen technology that doesn't require users to press buttons on a screen anymore. This has been developed to improve vehicle safety, and in the wake of the COVID-19 pandemic, keep a check on the transmission of bacteria and viruses. 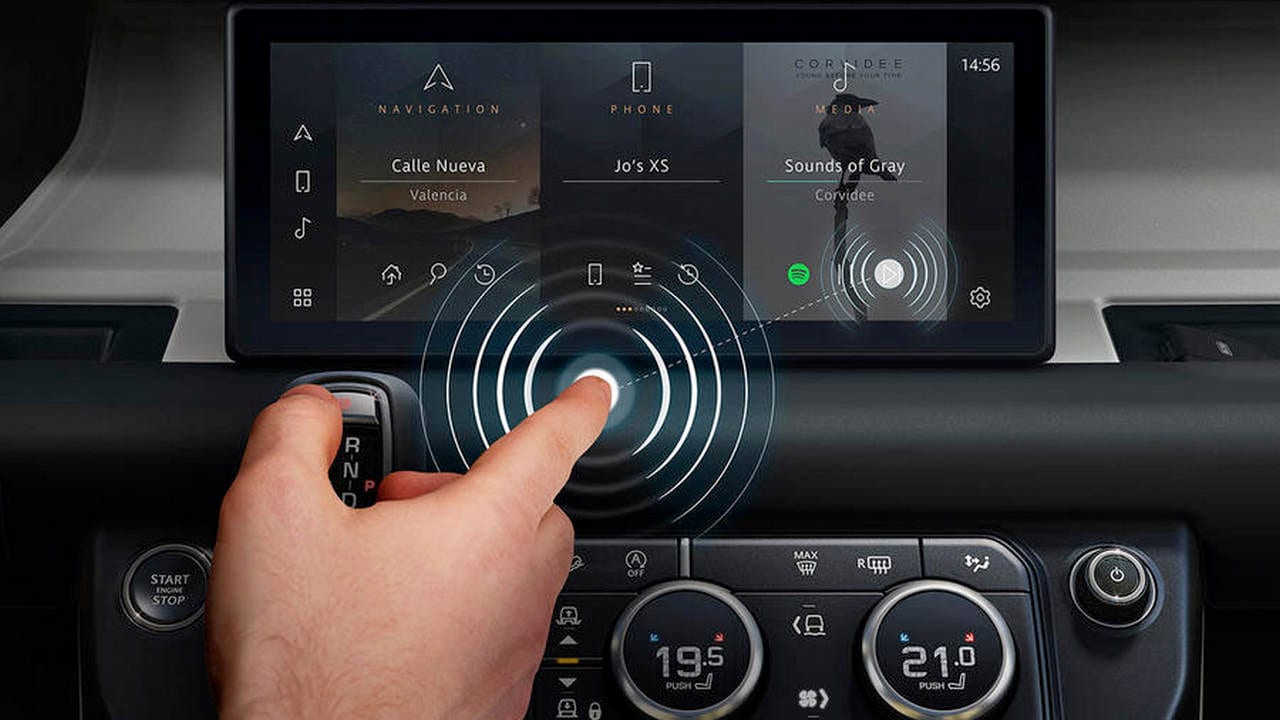 The patented technology is being called predictive touch and works with artificial intelligence to guess where the driver will point their finger soon after they make a move towards the screen. A gesture tracker then uses vision-based or radio frequency-based sensors to combine contextual information such as user profile, interface design and environmental conditions with data available from other sensors, such as an eye-gaze tracker, to guess in real-time the user's intended target on the screen.

JLR says that lab-tests and on-road trials have shown that a predictive touch technology could reduce a driver's touchscreen interaction effort and time by up to 50 percent. This tech can also be helpful over poor road surfaces where operation a touchscreen becomes more difficult.

This software-based technology has reached high readiness levels and can be seamlessly integrated into existing touchscreens and interactive displays via updates, so long as there are means to procure the sensor data needed for the AI to work efficiently. This predictive touch technology is an initiative under Jaguar Land Rover's Destination Zero vision. This aims to make vehicles safer and the environment around them healthier. Other technologies towards this goal like driver attention monitor, PM 2.5 particulate filter and engine noise cancellation have been deployed in Jaguar land Rover cars.