The Indian Space Research Organisation (ISRO) is finally following in the footsteps of NASA and SpaceX by developing a space program for Reusable Launch Vehicles (RLV) which it has been testing since 2016.

The RLV program aims to cut down on launch costs by, well, reusing the spacecraft. ISRO's current project appears to be using a hybrid design that sits somewhere between NASA's now-shuttered Space Shuttle program and SpaceX's reusable rockets.

India's RLV includes a Space Shuttle-like craft that could feature an air-breathing ramjet engine. This craft will take a payload to space and then glide back to Earth, landing like a normal aircraft, much like the Space Shuttle. The rocket that will take this shuttle to orbit will return to Earth much like Musk's Falcon 9 rockets. It will return under its own power and make a landing on a floating platform out at sea.

So far, the RLV shuttle has been tested over water. Now, it will be tested over land and make an attempt at an actual landing. 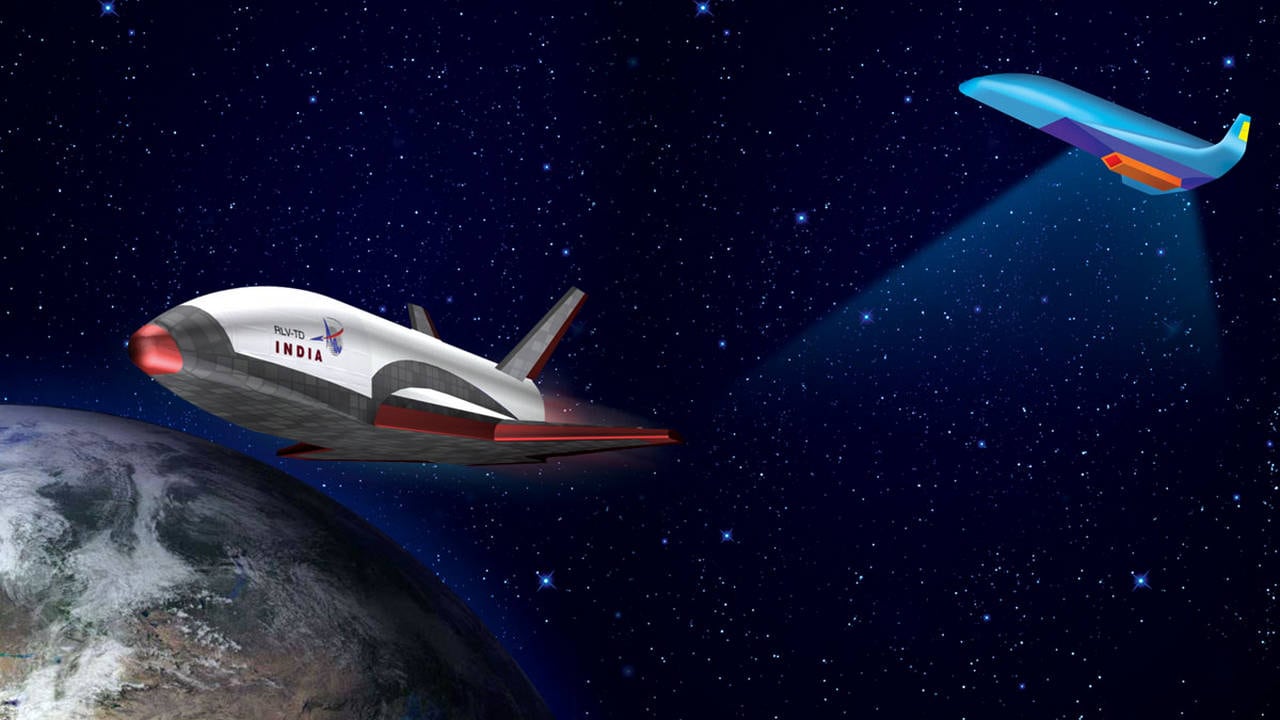 An artist illustration of the RLV-TD concept. Image: ISRO

The scientists at ISRO will be tracking the flight and landing of the RLV at the Aeronautical Test Range (ATR) at Challakere in Chitradurga district, Karnataka.

The ATR has 2.2 km runway and the RLV will be dropped from a helicopter at an altitude of three km. According to a report in the Deccan Chronicle, an onboard computer will help the RLV glide for some distance before touching down on the runway like an aircraft.

The launch vehicle is critical to unleashing ISRO’s dreams of human space flight, Gaganyaan. It will also help to further cut the cost of launches. Four aspects of the vehicle are to be tested:

ISRO plans to recover and reuse two stages of the rocket.

For the second stage of the rocket, ISRO plans to test an advanced version of the RLV, tested in 2016, in an advanced test in June or July 2019. The rocket will be controlled by ISRO engineers after launch to land on an airstrip, after which it will be used again for a second launch.