ISRO needs to double the number of operational satellites: AS Kiran Kumar

The ISRO chief said that 42 operational satellites for different purposes and it is "significantly less" to capture the demand of the nation. 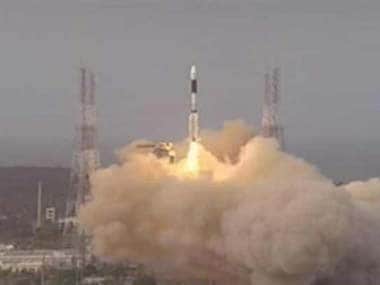 While currently India has 42 operational satellites for different purposes including communication, navigation and research, the ISRO chief said that it's "significantly less" to capture the demand of the nation.

Asserting the need of reaching out to the private players to enhance the capabilities and space infrastructure, the space scientist, currently the Secretary Department of Space and Chairman ISRO, said that country aims to achieve its space endeavours at significant low cost, that too for improving the governance and the quality of life of the people.

"What we have today is 42 satellites in operation, still we are significantly short of the capacity needed for whether it is earth observation, microwave technologies, communication, or navigation, we need probably more than double this number," Aluru Seelin Kiran Kumar said.

He was talking at the two-day international seminar on "Indian Space Programme - trend and opportunities for industries", organised by FICCI and ISRO, inaugurated here on 20 November.

Asserting that the world is moving very fast, he said ISRO needs to increase the number of launches every year.

According to M. Annadurai, Director ISRO Satellite Centre, Bengaluru, India currently launches three to four satellites annually for itself, while the need is to launch 15 to 18 satellites annually to meet the local strategic and knowledge based demands.

Stating that ISRO is currently engaged with over 500 industries, ISRO chief said making use of all the sections of society and its talent is required to enhance the capabilities.

"Today a huge number of private enterprises and companies have started only doing activities for space but also doing end to end missions in space... now the governments across the world are actually giving licence for space exploration to the companies talking about thousands of satellite constellation for providing communication and internet access," he said.

The ISRO chief, however, added that India as a developing country is primarily trying to look at space infrastructure as the means of providing the necessary inputs and information for telemedicine, teleducation and ensuring that the climate change that occurs can be mitigated by doing simulated studies.

"Today in the globalised world the cost of access or activity to the space could be reduced significantly if we make use advantages of each segment of the society or country what talent it has got, advance technology and skills of people at lower cost.

"Its important to ensure that we as human on earth are better equipped to survive the changes that are happening," said the ISRO chief.

Kumar also recollected the beginning, where "despite all the difficulties and limited resources", India's space programme emerged as one of the best and most cost effective in the world.

"This was also demonstrated when we were able to do Chandrayan-I mission, when it discovered the presence of water molecule on moon and in the Mars mission where while we were planning to have this satellite operational for about six months, just on September 24, this year we completed three successful years and we still have enough resources on the satellite for carrying on for years," Kumar added.