The minister was responding to a question on whether the ISRO has started working on building igloo-like habitats on the lunar surface for potential future missions. 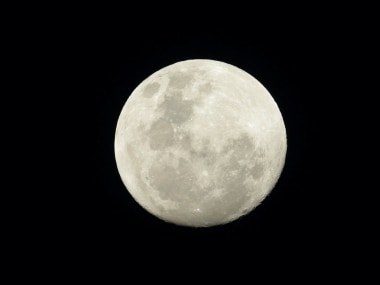 In a written response to a question in the Lok Sabha, Jitendra Singh, minister of state in the Prime Minister's Office that looks after the Department of Space, said: "The ISRO, along with academic institutions, is doing experimentation on potential structures for lunar habitation," he said.

The minister was responding to a question on whether the ISRO has started working on building igloo-like habitats on the lunar surface for potential future missions.

An igloo is a shelter, a place for people to stay warm and dry made from blocks of snow placed on top of each other.

"Various options are being studied about the requirements and complexities of habitats. The study is more towards futuristic developments," Singh said.

ISRO had first launched its Moon mission Chandrayaan-1 in 2008. In its second mission, the Chandrayaan-2, a rover will be made to land on the moons yet-unexplored south pole.

The rover will send high-quality pictures that will help in better understanding the moon.