Ironical that Satyendra Nath Bose did not get Nobel: CERN chief

India is like the "historic father" of the Higgs boson project, the search for what could be the basic building block of the cosmos, says CERN chief Rolf-Dieter Heuer, ruing that Indian scientist Satyendra Nath Bose, from whose surname the word 'boson' is derived, did not get the Nobel Prize.

Kolkata: India is like the "historic father" of the Higgs boson project, the search for what could be the basic building block of the cosmos, says CERN chief Rolf-Dieter Heuer, ruing that Indian scientist Satyendra Nath Bose, from whose surname the word 'boson' is derived, did not get the Nobel Prize.

"India is like a historic father of the project. I am really very impressed seeing the immense talent pool that the country has," the director general of CERN (European Organisation for Nuclear Research), the world's premier particle physics laboratory, told reporters.

The Geneva-based organisation had discovered the new sub-atomic particle, possibly the Higgs boson, in July. The Indian scientific community had expressed its displeasure at boson being spelt in lower case while Higgs (after British physicist Peter Higgs) was spelt in the upper case. 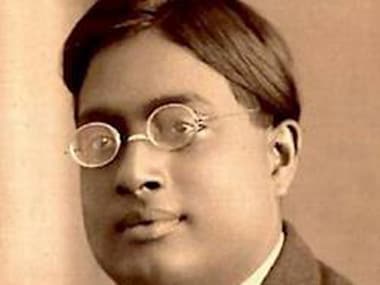 "It is really ironical that he (Bose) was not given the award. His contribution to science is immense and the absence of a Nobel doesn't in any way undermine his genius or his contribution. However, we have done our bit by naming the particle after him," said Heuer.

He is in the city to address a two-day international science conference, beginning Monday, organised by the Centre for Natural Sciences and Philosophy and the Critical Issues Forum.

The city-based Saha Institute of Nuclear Physics (SINP) had said it would take up the matter with Heuer.

About the discovery of Higgs boson, Heuer said there was still some time and more work to be done before it could be successfully concluded that the particle had been discovered.

"We have reached the first step of the ladder and there are more steps to follow. We have set a certain limit which the data significance has to exceed in order to call it a discovery and the signs are very encouraging. It takes a lot of time to say what we have discovered," he said.

However, he would not be disappointed if the project did not yield the expected result.

"Rather we will have something new to work on. If for that matter the particle does not comes out to what we are expecting we will still be having something new which will take us closer to decoding the cosmic riddle."

Asked about India's status in becoming an associate member of CERN, Heuer said he was yet to get any written application from the country.

"We have information about India applying for the membership but we have not received anything in writing. I need it in writing before I can say, that yes, India has applied."

Once India becomes an associate member, it will open up new avenues and a host of opportunities not only for the Indian scientific community but also the industry.

"Membership will be a boon for the industry as well as for the scientific community. The industry would be eligible to bid tenders and get orders from CERN. We constantly require various tools to continue our research which are provided by the industry. For a country like India, I think it is very useful and important," Heuer said.

To get associate member status,India will have to make an annual contribution of 10 million Swiss francs to CERN.

According to Bikash Sinha, Homi Bhabha professor of the department of atomic energy, formalities for the membership were almost over with only the sanction from the finance ministry awaited.

"The only thing required is the sanction from the finance ministry which is only a matter of time. I think India will become an associate member before Dussehra (Oct 28)," said Sinha.