iRobot Roomba 966 vacuum cleaner review: The little 'bot that could

What's life like with an autonomous vacuum cleaner to do the cleaning? As it turns out, not bad at all.

A couple of weeks ago, we were blessed with a new family member, a Roomba 966 autonomous vacuum cleaner, courtesy of iRobot.

The first time I held it in my hands, it was definitely not love at first sight. It was as awkward to hold as a newborn calf: clumsy, heavy, and comprising of dangling, umm, participles.

After determining that it was hale and hearty and not mutilated in transit, I put it on the ground and powered it up. The moment I did, it scrambled to mother — its base station — in whose embrace it suckled on battery juice for several hours.

Initial setup was easy and involved installing an app and following some boring instructions about Wi-Fi and the like, but I got through them quickly enough and configured the Roomba to my liking (timings for activation, etc.). 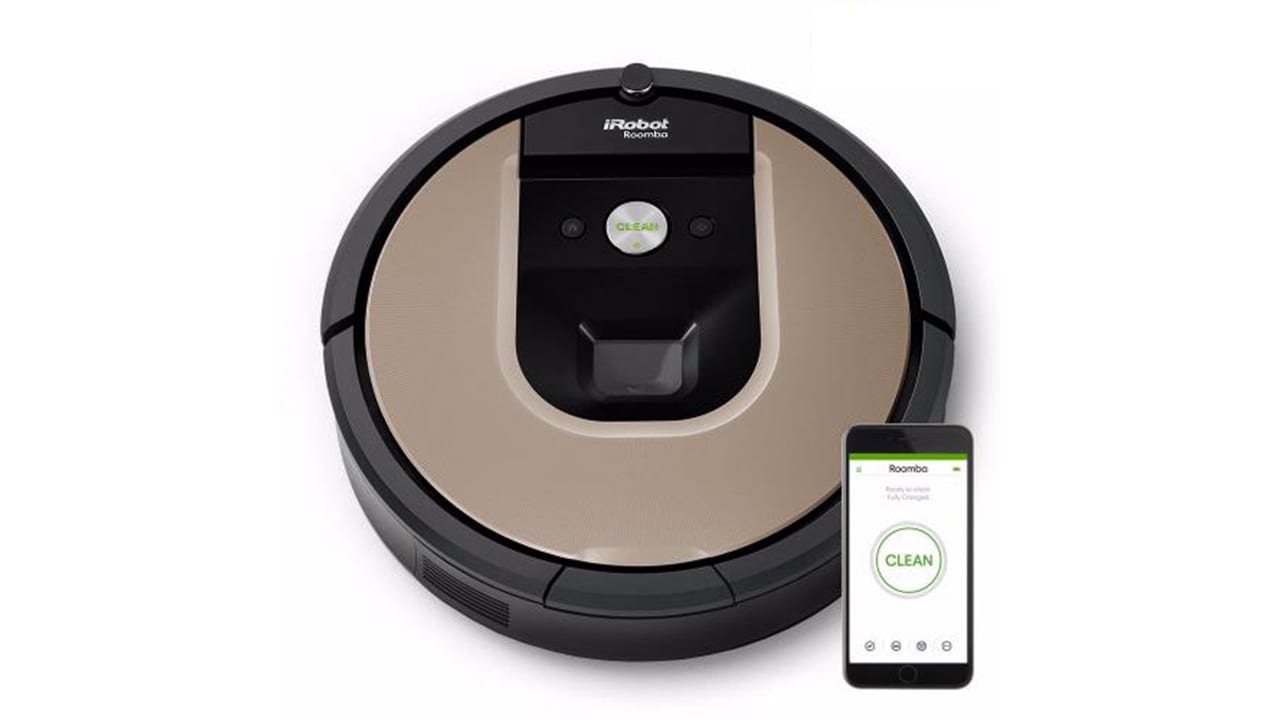 The Roomba 966 is expensive, but also a very impressive piece of kit. Image: iRobot

Being a good parent, I didn't want to let the Roomba go exploring by its lonesome, at least, not on its first outing. What if it got caught under some furniture or bumped into something and got hurt?

My house mostly consists of wooden furniture on spindly legs, with the odd carpet and floor mat thrown in. I also have a dog and cat, both of whom can be found lounging about the house at any given time.

I didn't want the Roomba to bump into the latter before I had a chance to make proper introductions. The Roomba was here, after all, to clean up their messes — the fur they shed incessantly.

Well, the first trip out was surprisingly unremarkable. The little 'bot seemed to have an instinct for its job (as it should) and it made its way about the room in a (painfully) slow, methodical fashion, skirting all obstacles with the ease of a blind man who knows how to use his cane — systematically but not efficiently — and appeared to be making a mental map of its surroundings while it did so.

Sadly, the dog and cat, when introductions were made, didn't think much of the mechanical beast, and other than a cursory sniff, simply ignored it. The dog was particularly dismissive, not even bothering to move out of the way while the Roomba repeatedly bumped into him on the carpet. I was hoping the cat would at least consider a ride on the Roomba, but that didn't happen either. 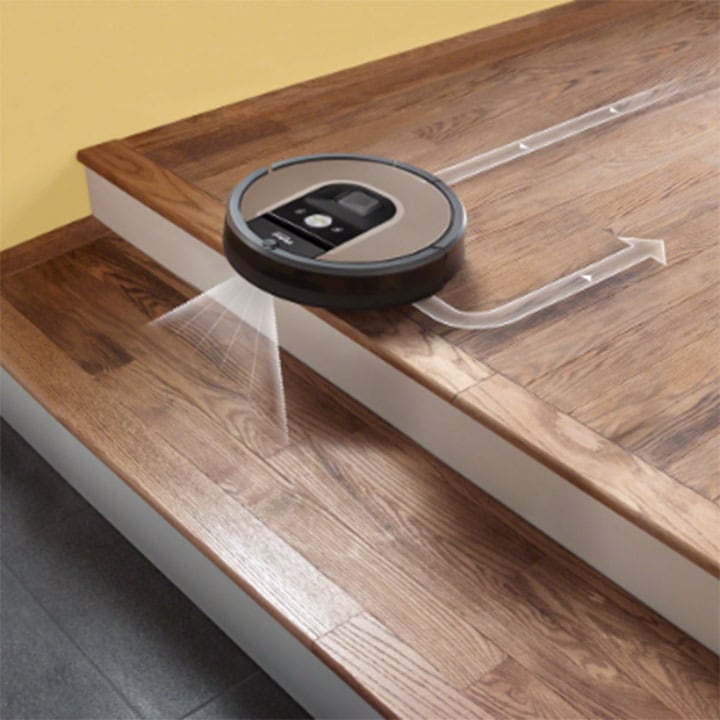 Try as I might, I couldn't get the Roomba to fall down a flight of stairs. Image: iRobot

The curt dismissal didn't faze the 'bot. It seemed determined to get the job done and industriously went about its way accomplishing just that. It stubbornly skirted every obstacle, hunted out nooks and crannies and did a very thorough job of vacuuming the carpets. Every time it'd run low on charge (about once an hour), it'd chirp, make a beeline for mother, suckle, and then return to its duties with renewed vigour.

The little 'bot's can-do attitude was heartening, and might even have brought a proud tear to a lesser mortal's eye, but we tech reviewers are too jaded to be swayed by mere innocence and earnestness.

I harassed the Roomba mercilessly.

I'd walk across its path just as it was settling into a rhythm, I'd nudge it off course, I'd dump a box on it to blind its infrared red sensors when it was hunting for mother, I'd pick it up and place it in a random location to disorientate it. I even took it to the edge of the staircase to see if it would fall over and break something (it didn't do either). Yes, I know I was being cruel. And I'm not ashamed to admit it. The Roomba's little arm that sweeps up dirt from corners is perhaps its best feature. Image: iRobot

My legs the Roomba dealt with in its own passive-aggressive way. Bumping them incessantly till it found a way around. The box and disorientation tricks worked at first, and it would spend a while spinning around in circles before giving up. But over time, it seemed to have wisened up to my tricks and spent less and less time wandering in circles. Looking at the app, I could see why. Over time, the Roomba had mapped out the house in a fair amount of detail, and I even had the option of customising its route.

This was also when the little 'bot started earning my respect. No matter what I did, whatever else was happening around it, it would tirelessly and determinedly go about doing its job. Every time it'd get stuck — frilly carpets are its Achilles heel, by the way — it would let out a plaintive whimper and shut down, but barring such incidents, it just melded into the rhythm of the house.

Having had cats and dogs for decades, not stamping little creatures underfoot was second nature to us, but I don't think an accidental stamping would have hurt the Roomba any. It is rather ruggedly built.

At Rs 50,000, the Roomba is an expensive investment, but it's also an impressive piece of kit that — provided you don't have frilly carpets — is quite adept at its job. And it's nice to come home to fur-free floors sometimes.

For the right kind of household, I think the Roomba 966 is most certainly worth the investment.