Apple yesterday added a page to its Chinese website dedicated exclusively to informing consumers about its chargers. This comes were one girl apparently got electrocuted while using her iPhone while it was on charging.

Apple yesterdayadded a pageto its Chinese website dedicated exclusively to informing consumers about its chargers. This comes after one girl wasapparently electrocuted while using her iPhone which was on charging and another man went into a coma while using his iPhone 4 which was charging.

The first case was of a woman from the western region of China, Xinjiang, Ma Ailun, who died while using her iPhone which was on charge. The woman apparently died by electrocution. The news broke when Ailun's sister wrote about her sister's death on popular microblogging site Sina Weibo, China's equivalent of Twitter, and urged readers to not use their iPhones while they were charging. Just days after that, a Beijing man fell into a coma after allegedly inserting a third-party charger into his iPhone 4, and then using it.

The question of course is whether the iPhone caused the electrocution and shock or was it the charger? Admittedly this is a rare occurrence. 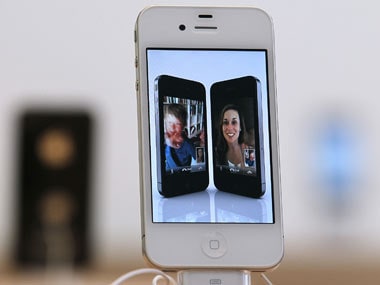 One article posted in the South China Morning Post, a Chinese newspaper, quoted academics who admitted there was a risk, but there was no data to support it yet. "There is a risk using an electrical device while its installed battery is being charged, be it a shaver or a phone," said Johnny Sin Kin-on, a professor at the Hong Kong University of Science and Technology said to the newspaper. This was backed up by another academic, Dr Peter Chiu Ping-kuen, from the Hong Kong Institute of Vocational Education (Sha Tin), but he cautioned that without knowing the circumstances of the case, it was impossible to comment.

In one of the cases, the person's coma was traced back to the use of a third-party charger. It's fair to conclude at this point, that the charger itself was defective, because of two reasons: it's an incredibly uncommon occurence, with almost no other cases being reported. And secondly, the electricity flow from a charger should never be enough to electrocute a person to death. Even while charging, phones charged from a USB cord have a supply voltage of just 5 volts, which would be harmless. An electric shock would have to be a minimum of 36 volts to be felt by a human.

"We have seen very few incidents related to shock or electrocution involving cell phones," Scott Wolfson of the US Consumer Product Safety Commission, said to CNN."Most of our attention has been on overheating, smoke or fire."

9to5mac, an Apple information website, points out that with the prevalence of extremely convincing counterfeit Apple products in China, it's entirely possible that the deceased woman was using a fake, despite her family's claims to the contrary.

Back in May, the Chinese Consumer's Association had warned costumers of a "flood" of fake Apple chargers in the market, something which Apple picked up on in the new page dedicated to the chargers.

While one can't say for sure if the incidents in China were caused by a faulty charger, there's no doubt that Chinese consumers are facing a serious problem of counterfeit products that could turn out to be life-threatening.