Investors fear bouyant bitcoin may cause a giant-crypto bubble burst

Bitcoin Cash, a clone of bitcoin that was split off from the original last week by a rival group of developers, was valued at more than $12 billion.

Bitcoin and other "cryptocurrencies" are big money, virtually as big as Goldman Sachs and Royal Bank of Scotland combined. 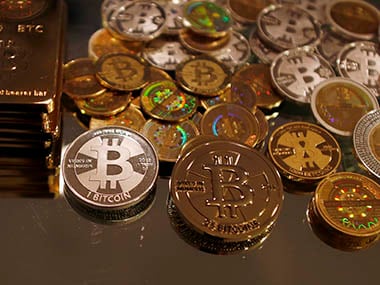 The price of a single bitcoin hit an all-time high of above $3,500 this week, dragging up the value of hundreds of newer, smaller digital rivals in its wake. Now some investors fear a giant crypto-bubble may be about to burst.

It has been a year of unprecedented growth for the largely unregulated market, with dozens of new currencies appearing every month in "Initial Coin Offerings" or ICOs. They have achieved value almost instantly, drawing in those who are eager to get in and make a quick buck.

At the start of 2017, the total value - or market cap - of all cryptocurrencies in existence was about $17.5 billion, with bitcoin making up almost 90 percent of that, according to industry data firm CoinMarketCap.

It is now around $120 billion - around the same value as Goldman and RBS together - and bitcoin makes up only 46 percent.

Bitcoin Cash, a clone of bitcoin that was split off from the original last week by a rival group of developers, was valued at more than $12 billion less than 24 hours after it had started trading.

"It's just created new value out of nowhere," said Rob Moffat, a partner at Balderton Capital, a London-based venture capital firm who focuses on fintech. "There's no fundamentals behind any of this - it's all based on public perception, so you can start to see some really strange phenomena."

Cryptocurrencies - so-called because cryptography is used to keep transactions secure - allow anonymous peer-to-peer transactions between individual users, without the need for banks or central banks. They use blockchain technology, a shared record-keeping and processing system that means digital money cannot be copied and spent more than once.

Billionaire U.S. investor Howard Marks likens the market to the dotcom bubble of the turn of the century - whose demise he predicted. He said in a recent investor letter that digital currencies were an "unfounded fad ... based on a willingness to ascribe value to something that has little or none beyond what people will pay for it".

But advocates of cryptocurrencies say 2017 is just the beginning of bull run. They argue the finite nature of these currency units - there will never be more than 21 million bitcoin, for example - as well as the technological innovation that underpins them will ensure their enduring value.

"The idea of this thing being a bubble is silly. We're in the bottom of the first innings," said Miguel Vias of Ripple, the third-biggest cryptocurrency, who was previously global head of precious metals and metal options at CME Group.

Whichever way cryptocurrencies move, they are likely to move together because their values are highly correlated, feeding off each other and magnifying the market effect.

That's partly down to investor sentiment, but also because the start-ups issuing new coins in ICOs generally collect money in a more liquid cryptocurrency, such as bitcoin or, more commonly, Ethereum's ether - the second-biggest cryptocurrency in total value.

That has driven demand for ether, which has climbed over 3,000 percent so far this year and now has a market cap of around $28 billion.

Bitcoin, which was launched in 2009, was the first successful cryptocurrency and is still easily the biggest, with a market cap of over $54 billion.

Its price has shot up around 225 percent so this year, and performed better than any conventional, central-bank issued currency in every year since 2010 bar 2014.

The blockchain-based currencies that have been built since bitcoin - 842, at last count - vary hugely in terms of their credibility.

Skeptics say bitcoin and its rivals are not particularly useful as currencies, as they are still volatile and not accepted by most merchants. They are mostly just used for speculative trading purposes.

There are some signs of acceptance of the biggest players by the establishment, however; Ethereum has been piloted by the United Nations as a way to distribute funds to Syrian refugees. Ripple has been successfully used as a payment method between settlement systems in a Bank of England trial.

Some other, smaller cryptocurrencies such as Dash, Monero and Z-cash are seen as having real value by some users because they offer an even higher level of anonymity than the likes of bitcoin. Whistle-blowing website Wikileaks this week said it would accept Z-cash for online donations.

It is mainly the new "token" cryptocurrencies that are issued in ICOs with no regulatory oversight, which have exploded since the start of the year, that are causing the most anxiety.

One, the "Useless Ethereum Token", which appears to have been set up as a way of showing how worthless many of the ICOs really are, is nonetheless changing hands for 3 cents a unit. "No value, no security, and no product. Just me, spending your money," its website states.

"It's just so easy to raise money on an ICO right now, it just feels like there's a gold rush going on there," said Moffat. "Some of the new currencies - beyond bitcoin and Ethereum - could crash to zero."

By mid-July, about $1.1 billion had been raised in ICOs this year, roughly 10 times more than that in the whole of 2016, according to cryptocurrency research firm Smith + Crown.

The rapid ascent of ICOs prompted the U.S. Securities and Exchange Commission (SEC) to warn last month that some ICOs should be regulated like other securities.

This is new digital territory and how the rapidly proliferating cryptocurrency market will play out is anyone's guess.

While critics say the highly correlated nature of the currencies means the weakness of newer entrants could bring the whole house down; others argue market forces will ensure the best players prevail.

"Will some of these (currencies) go away? Of course," said Vias of Ripple. "We’re going to see Darwinism in real-time here. Only the strong will survive."