Internet shutdowns: The legality of Section 144 of the Code of Criminal Procedure

A technology lawyer explains how and when internet shutdowns are enforced by state governments.

According to internet advocacy group Access Now, India is on top for having enforced the most number of internet shutdowns as of 2018. The group found that 67 percent of the total recorded shutdowns were in India. 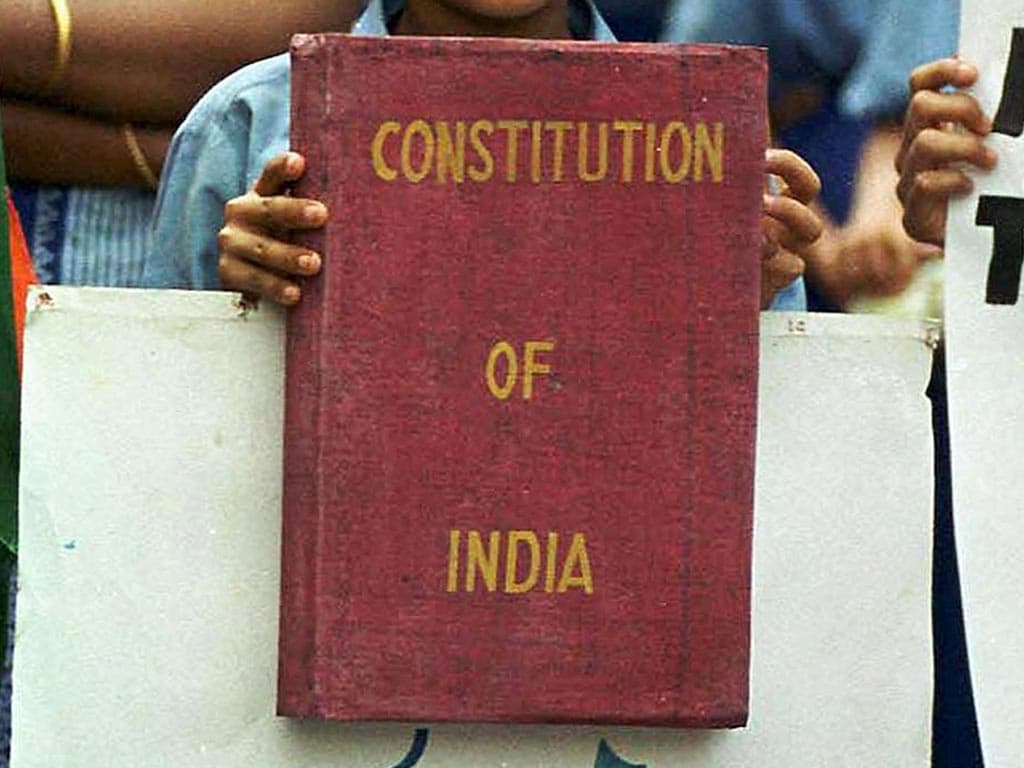 The Constitution of India. Image: AFP

Reuters reported that the Software Freedom and Law Center (SLFC) tracked around 373 shutdowns since 2012 in the country. For countries that practice a more gated internet like China and North Korea, there wasn’t enough public data available to put a number to it.

Majority of #internetshutdowns in India are enforced by the state govts under S. 144 of Code of Criminal Procedure, 1973. The legality of s. 144, its use for this, relationship with freedom of speech and expression (Article 19(1)(a) of the Constitution of India) never examined.

Starting off with who can declare an internet shutdown in India, the majority of them are sanctioned by state governments in the entire state or specific areas. The orders are issued by either a District Magistrate, a sub-divisional Magistrate or any Executive Magistrate instructed by a state government.

An internet shutdown is issued under Section 144 of the Code of Criminal Procedure (CrPC), 1973. The primary purpose of this section is to enforce “temporary measures to maintain public tranquillity.” One of its most commonly used provisions, when enforced, prohibits the gathering of four or more people in a specified region or area. The order is issued whenever the state government expects cases of nuisance in public that could potentially be dangerous. Hence, the most common cases have happened during or before protests to prevent violent riots.

S. 144 can be invoked if a)sufficient ground, b) requirement for immediate prevention, and c)speedy remedy to prevent a likely obstruction, annoyance or injury to any person lawfully employed, or danger to human life, health or safety,

However, Choudhary argues that this goes against the fundamental right of freedom of speech and expression under Article 19(1)(a) of the Constitution of India. She said that the internet is not only a “medium to exercise the right of free speech and expression” but it also works as a means to impart, receive and send information. When issued, internet services are suspended temporarily including mobile internet services. Telecom companies are required to turn off cellular networks from the transmitting towers in specified areas.

Frank La Rue, "arbitrary blocking of complete Internet services is a disproportionate action in any situation. Internet shut down even with justification, negates the possibility of targeted filtration of content and would render inaccessible even content that is not illegal."

Although the ultimate motive of cutting off access to internet services is to maintain peace and order in society, Choudhary explained it directly conflicts with one of the fundamental rights of freedom of speech and expression allowed by the Constitution of India.