The International Centre for Genetic Engineering and Biotechnology started with two components, one in Italy at Trieste and the other in India at New Delhi.

On 25 November 1987, a global institution for genetic engineering and biotechnology started operations with its first experiment. It started a special programme of the United Nations Industrial Development Organisation (UNIDO) with a membership of 22 countries across the world. 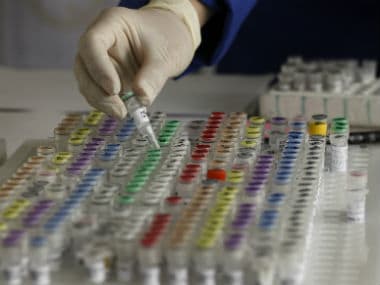 Thirty years down the line, it has now grown in strength and is now an autonomous inter-governmental organisation. It now has a membership of 64 countries. A further 22 countries are waiting to become members pending ratification or accession to the Statues of the Centre.

Called simply as the International Centre for Genetic Engineering and Biotechnology (ICGEB), it started with two components, one located in Italy at Trieste and the other here in India at New Delhi. Now, it has a third unit at Cape Town, South Africa. The unit at Trieste also acts as the headquarters of the Centre. Apart from the three component units, the Centre has a network of affiliated units around the world.

It is a unique institution as it blends high standard academic goals with a focus on developing countries and a mandate on capacity building. A pioneer in research and academic work in the areas of disease biology, vaccine development, diagnostic and therapeutic, the Centre strives to promote international collaborative efforts to develop technologies to improve human health globally.

In keeping with its objective, ICGEB has organised a conference in New Delhi, that brings experts from across the world together to brainstorm on the cutting edge discoveries that would facilitate future vaccine research and help design better policies. The conference, which began in New Delhi on 27 November, is being attended by international vaccine experts and stakeholders drawn from diverse disciplines involved in public health and emerging technologies in vaccine research.

The three-day conference would be followed by a workshop on Malaria Parasite Biology to acquaint young scientists with latest findings and breakthrough science and provide hands-on training in cutting-edge technologies. The participants include a number of speakers from Pasteur Institute in France, which is the Centre’s academic partner.

Inaugurating the conference, Union Science and Technology Minister, Harsh Vardhan, applauded the role played by ICGEB in taking research in the area of biotechnology and genetic engineering to newer heights and hoped that it would help tackle the various health-related issues facing humanity more effectively.