The one bit of bad news here is that the leak reaffirms Intel’s struggles with its 10 nm process.

Intel certainly seems to do its best work when it’s back is up against a wall. The leaked 9th gen Intel Core line-up reveals processors with more cores and never-before-seen speeds.

WCCFTech has the full list, which ranges from the lowly Intel Core i3-9300T to the high-end Core i9-9900K. Also leaked was a complete restructuring (again) of the traditional core-thread combo that we’ve gotten used to seeing on these chips.

Earlier, the core-thread ratio was as follows:

With AMD suddenly breathing down Intel’s neck, Intel had to shake things up and with the 8th gen CPUs, added more cores. They also threw in a brand new Intel Core i9 into the mix. The new lineup then looked like this:

The 9th generation lineup, according to WCCFTech, ditches hyper-threading in all but the high-end Core i9 chip. Hyper-threading is a performance-enhancing feature that uses a CPU core’s idle resources to run additional processor “threads”. 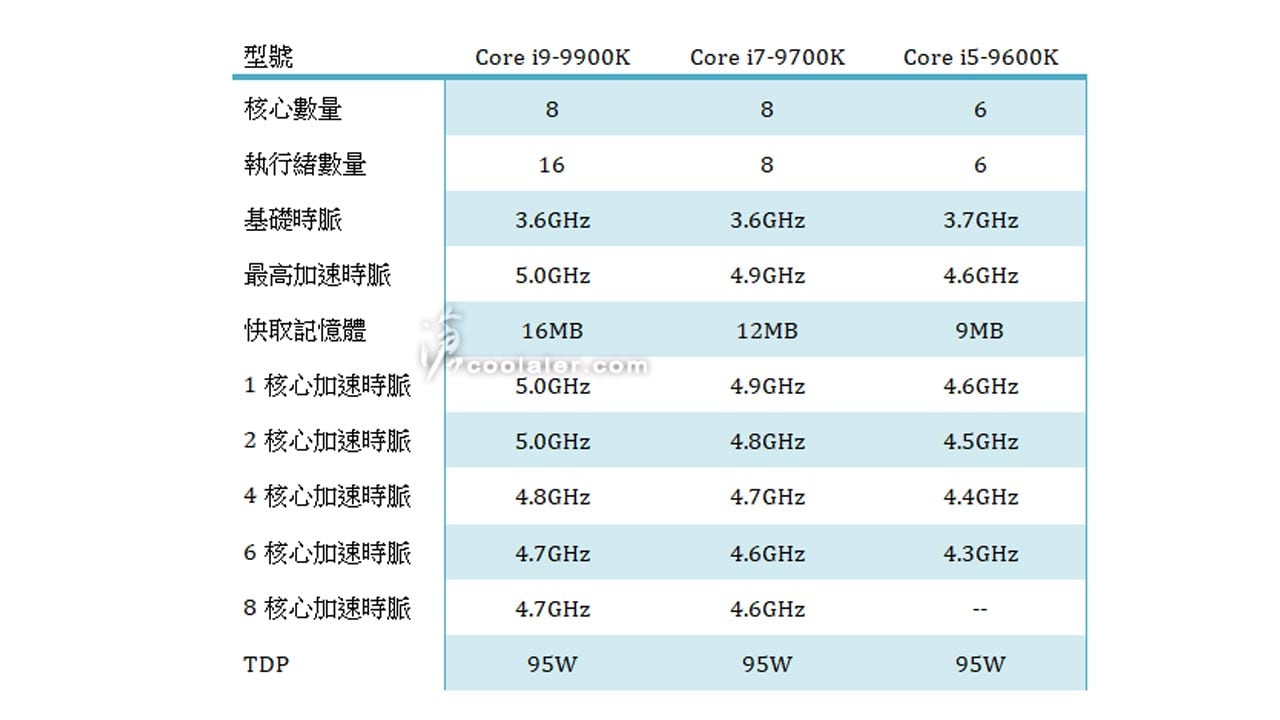 The highlights of the line are as follows:

The leaked i3 lineup appears to retain its 4-core limit.

This new core-thread configuration is interesting because, in theory, we’re looking at a potential decline in performance in the Core i7 lineup since we’re going from 12 threads to 8. However, the leaks suggest that Intel has bumped up the speed of all CPUs, and together with the inevitable 10-15 percent bump in efficiency, it’s more likely that there is enough of a performance bump with the additional cores to justify the removal of hyper-threading in the i7 line.

Notably, the K series CPUs can hit much higher speeds on all cores than ever before, with the i5, i7 and i9 expected to touch 4.3 GHz, 4.6 GHz and 4.7 GHz on all cores when boosting. This is a significant bump in speed.

The TDP for these chips has been maintained at 95 W.

The one bit of bad news with this leak is that it reaffirms Intel’s struggles with bringing its 10 nm process out. The new CPUs are apparently still being built on the 14 nm++ architecture that we've been staring at for a while. On the other hand, rival AMD’s upcoming Zen2 architecture is expected to arrive on a brand new 7 nm process. A smaller manufacturing process should result in chips that are more compact, efficient and less power hungry.

The graphics module appears unchanged and still seems to be the Intel UHD 620 solution we’ve also been seeing for years.