After three years of delays, Intel has finally brought its 10 nm processors to the market. The first 10th Gen Core CPUs are laptop processors classified further into U-series and Y-series in 11 different SKUs. Originally announced at Computex 2019 in Taiwan, the 10th Gen Core i3/i5/i7 processors are meant for thin-and-light laptops. 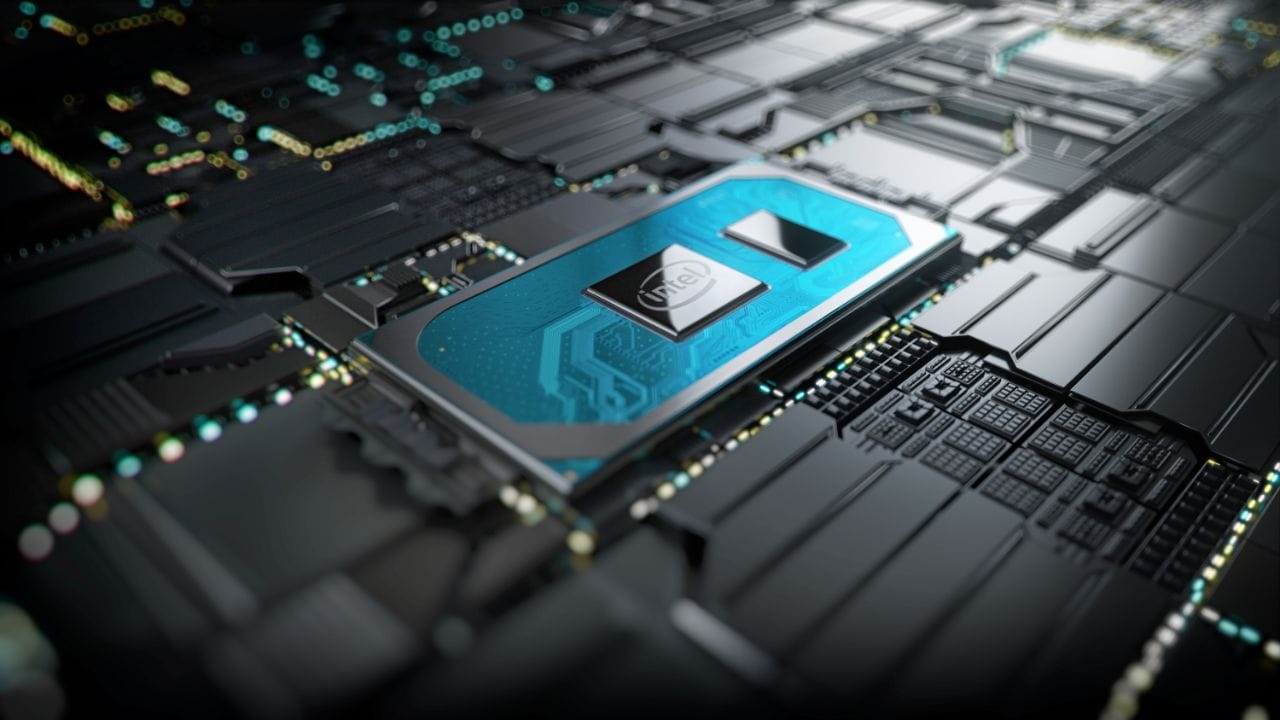 10th Gen Intel mobile processors unveiled at Computex enables fast, immersive experiences with up to 4 cores and 8 threads, up to 4.1 GHz max turbo frequency and up to 1.1 GHz graphics frequency. Image: Intel.

Intel has finally brought an architectural update after four years since Skylake with the new Sunny Cove architecture. It’s packing Intel’s Iris Plus graphics based on the Gen11 graphics engine. Thunderbolt 3 and Wi-Fi 6 (Gig+) connectivity have been integrated right into the processor. The U-series and Y-series processors come with up to four cores and eight threads and a TDP of up to 28 W.

Additionally, the company has also introduced a new naming scheme for the family of processors. The top-end SKU in the U-series is called Core i7-1068G7 and it comes with four cores and eight threads with Intel Iris Plus housing 64 execution units or EUs. It has an 8 MB cache and a TDP of 28 W. With a base clock frequency of 2.3 GHz, the processor can hit 4.1 GHz on Turbo Boost.

If you look at the model name, it’s now slightly difficult to know whether it’s a U-series or Y-series processor. So, let’s break it down. For starters, Core i3 comes at the lowest tier with two cores and four threads whereas Core i5 and i7 sport four cores and eight threads. The first two digits ‘10’ depict the generation here that’s the 10th Generation. The third and fourth digits help us to identify the SKU of the processor. With the fourth digit, we can learn about the wattage. So ‘8’ would mean it’s running a 28 W U-series chip, ‘5’ means that it’s a 15 W U-series chip whereas ‘0’ depicts a 9 W Y-series chip. Finally, ‘Gx’ denotes the number of EUs in the integrated graphics on the chip. So, a G7 has 64 EUs, G4 has 48 EUs and the G1 has 32 EUs. Only the G7 and G4 are branded with Iris Plus Graphics. 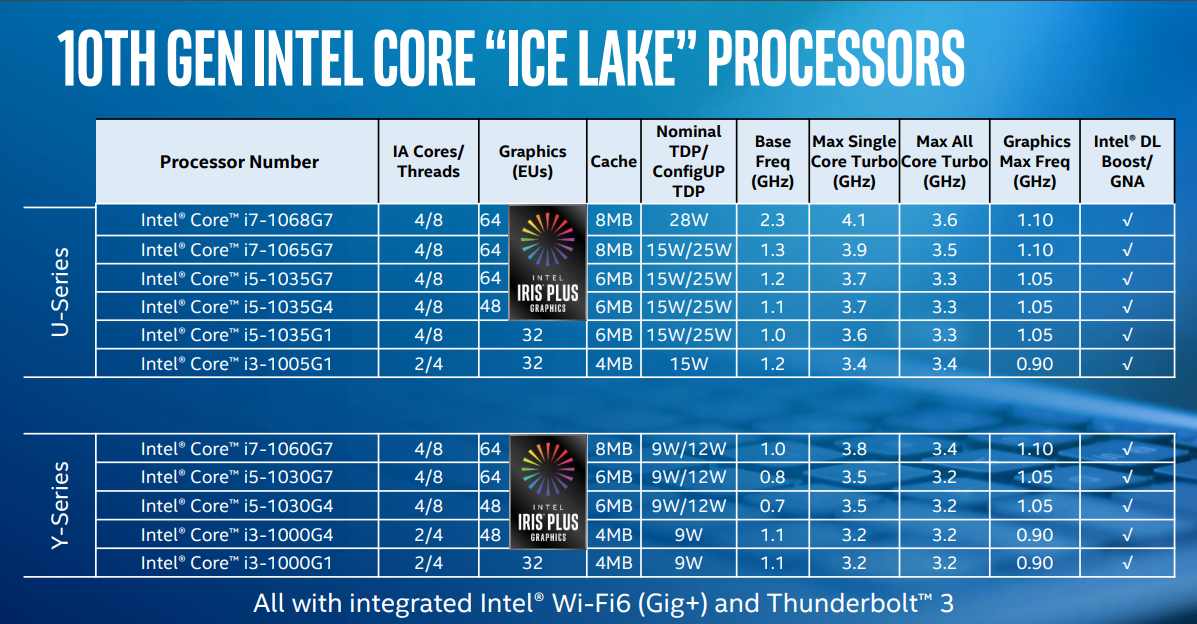 Intel had showcased some laptops running 10th Gen processors at Computex this year with the Project Athena branding that included the Acer Swift 5, Dell XPS 13 2-in-1, HP Envy 13 and Lenovo S940. The company said that more will be coming out in the holiday season this year.