"Recent reports that these exploits are caused by a 'bug' or a 'flaw' and are unique to Intel products are incorrect," Intel was quoted as saying.

The world's top chip maker Intel Corp is advising some users to refrain from installing security patches that address "Meltdown" and "Spectre" flaws affecting all of its processors as it has turned out that the patches had bugs of their own. 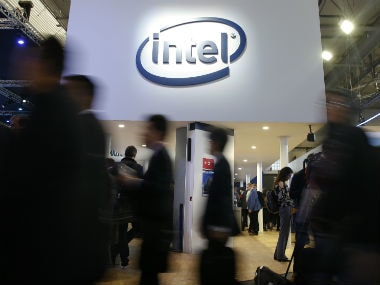 "We have received reports from a few customers of higher system reboots after applying firmware updates. Specifically, these systems are running Intel 'Broadwell' and 'Haswell' CPUs for both client and data centre," Navin Shenoy, Vice President and General Manager of Data Centre Group at Intel Corporation wrote in a blog post on 12 January.

"We are working quickly with these customers to understand, diagnose and address this reboot issue. If this requires a revised firmware update from Intel, we will distribute that update through the normal channels," Shenoy added.

The chip maker has been warning customers of three specific flaws in a recent firmware update, according to The Wall Street Journal.

Intel confirmed a report about a potential security flaw in its chips that is vulnerable to hacking and had promised to fix the bug as soon as possible last week.

"Recent reports that these exploits are caused by a 'bug' or a 'flaw' and are unique to Intel products are incorrect," Intel was quoted as saying.

Meanwhile, Intel CEO Brian Krzanich sold off $24 million worth of stock and options last year after the company became aware of security bugs.

The company was notified by Google in June last year of a flaw in its processor chips. "Regulatory filings showed Krzanich pocketed about $25 million before tax from the sale of stocks and options in late November," said a report in Sky News.

Manipur attack: Combing operations on for militants, border security to be augmented