The iGPU on the Intel Ice Lake-U processors come with double the number of execution units and base clock speed, compared to its current processors.

With less than a year since Intel launched their Coffee Lake processors, the company's new architecture for its upcoming range of processors already begun showing up. 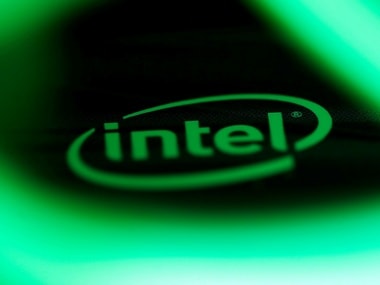 Intel logo is seen behind LED lights in an illustration. Image: Reuters

This processor is expected to be called 'Ice Lake' and is said to be a part of Intel's first generation of processors to be built on the 10 nm fabrication process. The new processor, listed as Intel Ice Lake-U has been spotted for the first time over at SiSoftware Sandra database where we gather that it will feature a new core as well a new graphics uArch.

According to a report by Wccftech, the Ice Lake-U processor is a mobile chip which has been tested for stability on a desktop platform. This is common practice for Intel and AMD engineering samples to analyse multiple parameters such as clock speeds and performance ratings.

In terms of what we know about the chip so far, the Ice Lake-U comes with a UHD Graphics Gen11 LP integrated graphics processor. This integrated GPU features 48 execution units which result in 384 SPs, 768 kB of L2 cache and 6 GB of shared system memory. In terms of specifications, this results in a 2-time bump in core specifications from 24 EUs to 48 EUs.

The base clock speed has also been bumped up to 600 MHz from the 300 MHz on current integrated GPUs. Overall, it may be inferred that the new processor will be more capable of handling graphics-intensive tasks. Intel meanwhile is also expected to launch Canon Lake processors which are also based on a 10 nm manufacturing process. It would be interesting to see which makes its way out first since both are being engineered for mobile devices such as ultrabooks.