The new design gets an option that allows users to reply directly to the stories, similar to that on the phone.

Instagram has started rolling out a new layout for stories on the desktop. The new design allows users to view the stories in a convenient carousel way, making them easy for viewing on a desktop. The company had been testing the redesign last month, which appears to be rolling out for now. With the new design, users will be able to see the carousel stories as well as the clickable previews of the next and previous stories. The new Instagram Stories redesign looks more user-friendly for users to view on the desktop making it easier for users to keep track of where the users were in the Stories queue. 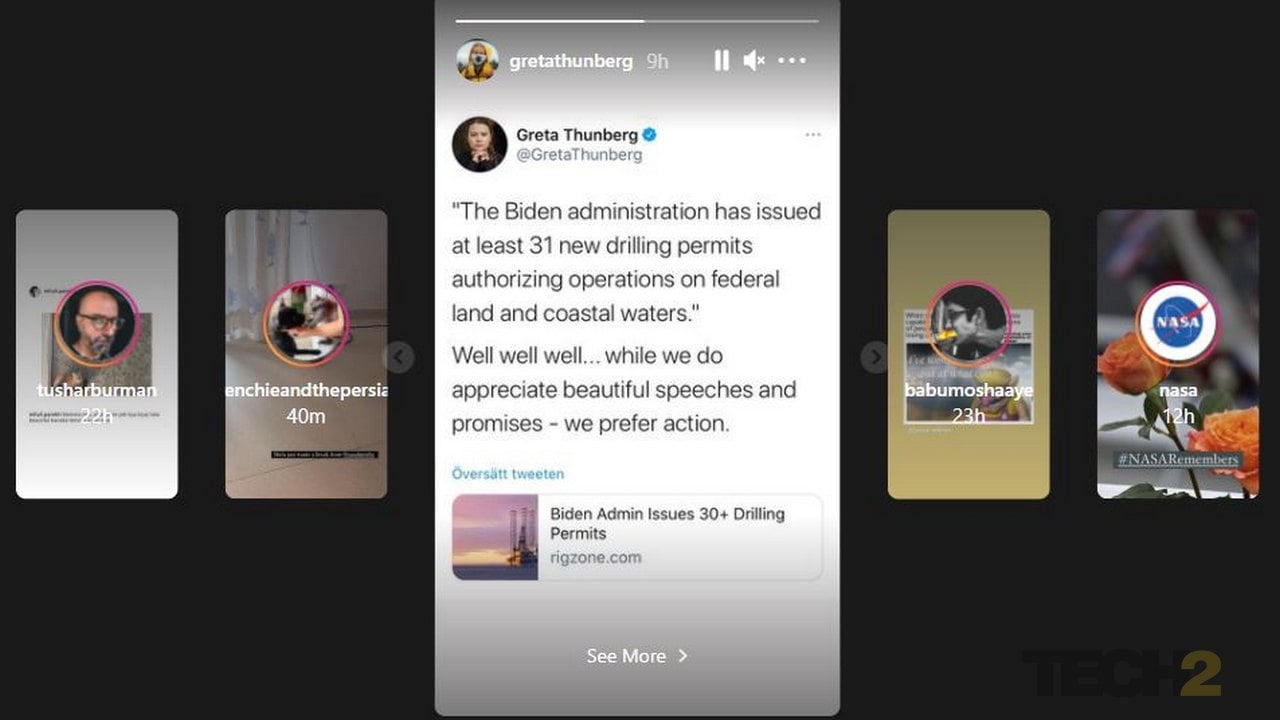 The update is being rolled out for both Mac and Windows users. The navigation for the Instagram Stories remains the same, wherein the users will now be able to see five Instagram Stories on your desktop, with one playing in the centre and the next story would appear as soon as the user has finished watching one or by clicking on the arrow button on the right and as the user moves forward, the carousel would keep changing.

The new redesign shows the volume mute buttons as well as the pause/ play button. Other than this, the new design also gets an option that allows users to reply directly to the stories, similar to that on the phone.

Instagram had been testing the new update on small groups of users in December and was expected to come earlier this month. The new update makes it easy for users to watch stories on the desktop now, in comparison to the outgoing design. The new update would be helpful for users that particularly use Instagram regularly on desktops.