Instagram is testing a new ‘You are all caught up feature’ to treat your compulsive, obsessive browsing habits

Instagram will soon tell you if you are caught up with all posts in past 48 hours.

Instagram has been testing a new feature, which tells you if you are up to date with all the posts on your feed. 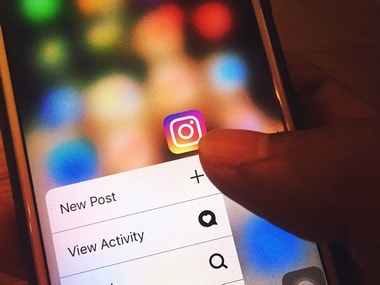 According to a report by TechCrunch, Instagram is showing some users a mid-feed alert, after they have browsed through their timeline, which says, "You’re All Caught Up – You’ve seen all new post from the past 48 hours."

Instagram apparently told the publication that it is indeed testing a feature like that, however, there is no detail on how the feature works or when will it be rolled out for users globally.

It is still unclear if the feature shows literally every post from the people you follow from the last two days, or just the best ones that the algorithm has decided are worth showing to you.

The report of the new feature comes days after a ‘time spent’ feature was recently rumoured. Both the features sort of fall in the same category, aimed at a “time well spent” approach.

Last week, another TechCrunch report revealed that Instagram had secretly been working on a feature called “Usage Insights”, which would essentially show users their “time spent” on the app, in a day, week and month. Instagram CEO Kevin Systrom also confirmed the same in a tweet.

With these apps, Instagram is essentially trying to cure your fear of missing out (or FOMO) on social media and hence the incessant need to constantly check up on the feed. The social media platform, quite fortunately, seems to be weighing users health over engagement and revenue.

Because if the All Caught Up feature goes live, it can have a potential backlash on the platform’s algorithm, which has up till now been centred around people missing content they wanted to see because the algorithm mixed up the chronology. If you think about it, a “You’re All Caught Up” alert is a straight up prompt for a user to close the app and therefore see fewer ads, which could, in turn, could hurt Instagram.

Tech2 has reached out to Instagram to confirm the feature and we will update once we hear from them.