Instead of tax payers writing e-mails and making calls for glitches, an engineer has been posted in every state capital. 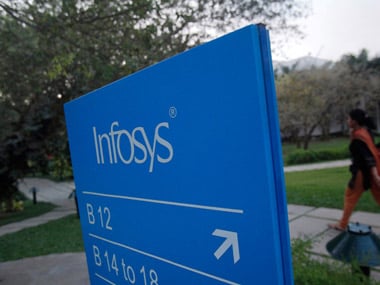 The GST Network (GSTN) is the backbone of the Goods and Service Tax (GST) on which the new indirect tax regime is operated in real-time, as all its functions are automated, he said. The city-based IT major bagged the Rs 1,300-crore contract in 2015 to design, develop, maintain and operate the GSTN for three years across the country. "All forms related to tax payers will have editing facility for previewing, downloading, printing and displaying specific error messages — to make the portal more user-friendly," said Modi.

The GoM is also incorporating suggestions of states into the system to make the Network more user-friendly and interactive. "As filing of returns is the 'atma' (soul) of the GST, everything is getting stabilised. We are trying to operationalise everything based on the timeline we had given to Infosys," claimed Modi, who is also the Deputy Chief Minister of the JD-U-BJP coalition government in Bihar.

The GST Network is also hiring people to analyse the data of the states. "We have also asked Infosys to deploy more ingenious and qualified professionals," asserted Modi. Infosys has hired 100 more engineers in the last one month, taking the total number of its employees working for the GSTN to 621, he shared. "In the first meeting (September), as we told Infosys to deploy a resident engineer in every state, the company has deputed 30 of them in each of the 30 states across the country to address any issue related to the Network," he said.

Instead of tax payers writing e-mails and making calls for glitches, an engineer has been posted in every state capital. In September, Rs 93,141 crore were received as indirect taxes, which increased to Rs 95,131 crore in October, shared the Deputy Chief Minister. The average revenue shortfall of all the states for August was 28.4 per cent, which declined to 17.6 per cent in October, he said. "The average revenue shortfall has declined from July to October, indicating that the system is stabilising. People are becoming in tune with the GST as the complaints are also coming down."

At least nine states have the least revenue shortfall with Delhi achieving a break-even point with its revenue turning to positive from negative, said Modi. The GoM has also planned to meet Infosys co-founder and Chairman Nandan Nilekani to brief about the working of the GST Network, he added. Besides Modi, other GoM members are Chattisgarh Minister for Commercial Taxes Amar Agarwal, Karnataka Agriculture Minister Krishna Byregowda, Kerala Finance Minister T.M. Thomas Issac and Telengana Finance Minister Etela Rajendar.

The decision to form the GoM was taken at the GST Council in Hyderabad on September 9 after several member states complained to Union Finance Minister Arun Jaitley, who heads the Council, that the glitches were causing problems for taxpayers in filing returns and making payments.