Infosys completes the acquisition of London based Brilliant Basics in a cash deal worth GBP 7.5 million

Infosys had announced the acquisition of the product design and customer experience (CX) company on August 3, 2017. 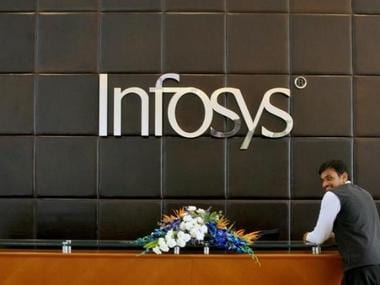 Infosys had announced the acquisition of the product design and customer experience (CX) company on August 3, 2017.

Through this acquisition, Infosys further expands its worldwide connected network of Digital Studios that are focused on fulfilling the needs of global clients for end-to-end digital transformation solutions, Infosys said in a statement. Infosys had acquired the company in a cash deal worth GBP 7.5 million, including earn-out and employee retention amounts.

Founded in 2012, Brilliant Basics was a 100 percent management owned firm with co-founder and CEO owning 85.5 percent. It has studios in London and Dubai.

The acquisition will also help Infosys' digital design services network to include Europe and the Middle East, and enhance its expertise across financial services, retail and telecom sectors, the statement added. Infosys has digital studios across Bengaluru, Pune, New York, London and Melbourne.

Infosys also announced will continue to hire about 6,000 engineers annually over next 1-2 years, same as last fiscal according to a top company official. The Bengaluru-based firm has been in the eye of a storm over the past few months, with the founders and former board members clashing over alleged corporate governance lapses and irregularities in Infosys USD 200-million Panaya acquisition.