The startling instances of Internet shutdowns put these initiatives in jeopardy and severely hamper freedom of expression and speech online.

“Let’s ban it” is India’s approach to everything that makes us uncomfortable. Books, movies, painters, websites, jeans and even women with phones. So, of course, Netsweeper was bound to find business in India. This has not come as a surprise to me, but the fact that India has topped a list of 10 countries, many of them “regressive”, is surely a surprise. 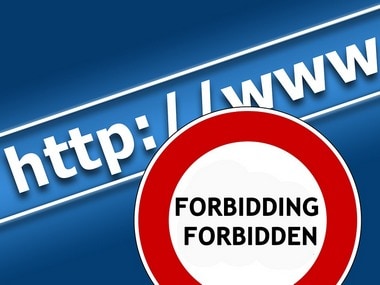 For those who are not aware, Netsweeper is a Canadian software firm which is used by governments and telecom operators around the world restrict access to certain online content or websites. Indian Express’ collaborative investigation with Citizen Lab and the Canadian Broadcasting Corporation has revealed that Netsweeper appears to be “filtering content for national-level, consumer-facing ISPs” in 10 countries, and 42 of these installations were spotted with 12 ISPs in India, which control almost 60 percent of India’s internet users. Further, a testing period between August 2017 and April 2018 saw “the highest number of blocked unique URLS” — 1,158 out of 2,464 — in India.

It is interesting here to note that the countries that have been outranked by the democratic republic of India are Pakistan (which came second in the list with 20 installations), Afghanistan, Bahrain, Kuwait, Qatar, Somalia, Sudan, UAE and Yemen.

While Netsweeper claims that an “overwhelming majority of Netsweeper’s international clientele are governments and government institutions that seek to protect children from the dissemination of child exploitation,” the collaborative investigation across 10 countries reveals much more. It seems that it's not just the selling of data, as was seen in the case of Cambridge Analytica and other cases, that is big business, but even restricting of data has become a flourishing business for some.

Let me take you through the kind of content that has been blocked in some of these countries. Kuwait has blocked sites dealing with abortion, sex education and alcohol, Bahrain has blocked access to political and human rights groups and Google searches for ‘gay’ and ‘lesbian’, Yemen has restricted access to opposition political parties and opposition news, besides internet privacy tools and UAE has blocked websites related to political and human rights groups, Greenpeace and websites about “alternative lifestyles” (LGBTQ).

In India, meanwhile, besides websites related to porn and piracy, websites of select domestic and foreign NGOs (such as CSE India, Avaaz, Ford Foundation), human rights groups (such as Protection International and Arab Association for Human Rights), United Nations organisations (such as Gender and Aids), health forums (such as Drug Sense and AIDS online), feminist groups (such as We Do and International Association for Feminist Economics), political activists (such as Irom Sharmila’s blog) and the digital archive of the World Wide Web (such as the Internet Archive’s Wayback Machine). India has also blocked some web pages of ABC News, AlJazeera, Telegraph UK and Tribune Pakistan, besides news related to Rohingya Muslims and certain extremist social media pages. Freedom of the Press. Pixabay

And needless to say, when users tried to access these pages, they weren’t informed why the websites were blocked. “For a number of blocks, it could not be ascertained if a URLS was specially targeted for its content or if the IP address was blocked,” the Express report states.

While the government, which officially claims to have not made any instructions to block these sites, may justify the blocking of websites or web pages that may have caused unrest in the country, how does it justify the blocking of civil society websites? Rather than possibly following a set of rules and procedures (laid down under Section 69A of the Information Technology Act 2000 to introduce blocking of access to certain websites), the government seems to have brushed aside its direct involvement (read blame) by outsourcing its work to third-party artificial intelligence-driven software firms. And if the government can claim that it is following strict procedures as held by the Supreme Court, why do websites, which have been blocked as per government orders, not display a message stating the reason for the block? The revelation that a number of websites simply showed the “time out” message, thus misleading users, clearly shows that there is no transparency in the system.

This lack of transparency is more worrisome for Indians since the Ministry of Information & Broadcasting has ordered the setting up of a 10-member committee to design a framework for online content regulation under the garb of eliminating “fake news”. Since the IT Act already has provisions for regulating online “malicious” content, I see this move of setting up the regulatory committee as a violation of freedom of speech. While there is no denying that the internet, especially social media, has made it extremely easy for fake content to be disseminated at a mass level in a short span of time, the regulatory framework could affect not just “fake news” channels portals but also sites like Reddit, Facebook, Scroll and even Netflix. In the absence of a transparent information system, you might only see right-leaning news or movies that don’t question or challenge India’s “cultural sanctity”. The telecom providers or the government cannot become gatekeepers of online content.

If India aims to be a Digital India in the next few years, there is a lot it needs to do in the area of digital accountability, transparency and accessibility before it can truly reach its goal. And the blocking game of the government of India is not new. According to an RTI response received by Software Freedom Law Centre (SFLC), 23,030 websites/URLs were blocked in India as of 6 October, 2017. While SFLC had also asked for the list of URLs and copies of blocking orders, these details were denied on account of “strict confidentiality”. Digital Empowerment Foundation, under its Internet Rights initiative, has been tracking cases of network and internet shutdowns in the country and has already recorded 42 cases in 2018 alone, and close to 140 since 2012. In 2017, there were a total of 70 cases of internet shutdowns. One of these shutdowns, in Darjeeling, lasted over 100 days.

There is no denying that social media and ICTs have been used for political participation and have democratised the process of information sharing. However, in recent years, governments have turned to blocking access to these platforms in order to hold on to control.

‘Kept in the Dark’, a research publication that analyses the social and psychological impact of network shutdowns in India, reads, “It would be logical and reasonable to expect the government to provide unfettered access to the internet in order to make a success of the Digital India initiatives by consistently providing their services and truly empowering citizens. However, the startling instances of internet shutdowns put these initiatives in jeopardy and severely hamper freedom of expression and speech online in addition to having an adverse effect on other basic rights, such as the right to food and access to health services.” We at the Foundation strongly believe that it is nothing but a clear violation of human rights to shut down the internet. According to the ‘Compendium on Human Rights Violations in Digital Space’, published in 2017, as many as 165 incidents of human rights violation were reported in India from February 2015 to January 2017. These included violations of Freedom of Assembly and Association Online, Freedom of Expression Online and Right to Privacy Online. Blanket shutdown of the internet, social media blackouts or blocking of select arbitrary websites cannot be an excuse for a weak or authoritarian “democratic” government. Neither can these blackouts be knee jerk reactions to potential incidents of unrest or topics that make us uncomfortable. We also need to set higher parameters on what can be categorised as a “matter of national security”. When the government begins to take control of the Internet, and like this, it’s the start of a regime that curbs dissent; it pushes its own agenda but eliminates any other opinion. It restricts an individual’s freedom of expression and, at the same time, it restricts a citizen’s right to information. It also takes away the right from a person to choose what to access. This can only lead to information asymmetry and more tensions in the society.

The internet has always been viewed as a platform that is open to all and equal to all; it is meant to break the walls of hierarchy and authoritarianism. The internet is not an entity that should be controlled by anybody. It is an entity that serves everybody through exchange of information, and censorship of the internet by the State defeats the purpose, principle and the premise on which the internet was founded.

Osama Manzar is Founder-Director of Digital Empowerment Foundation and chair of Manthan and mBillionth awards. He is member, advisory board, at Alliance for Affordable Internet and has co-authored NetCh@kra–15 Years of Internet in India and Internet Economy of India. He tweets @osamamanzar.

Udita Chaturvedi is a Senior Communications Officer at Digital Empowerment Foundation. She writes on social and behavioural impact of digital inclusion/digital exclusion, with a focus on women and children. She tweets @uditachaturvedi.