Coastal ecosystems that comprise of mangroves and other land-forms protect the shores from natural disasters such as floods, hurricanes etc.

Indian Scientists have developed a remote sensing technique that uses satellite data to delineate between various coastal landforms like beaches, mangroves and marshes. This method can help monitor and understand the impact of natural disasters as well as human activities on coastal ecosystem. 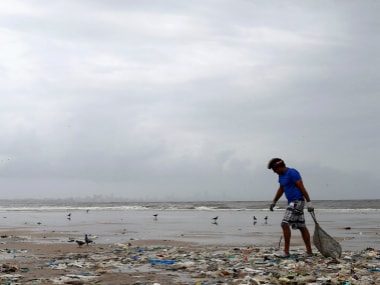 Coastal ecosystems that comprise of mangroves and other landforms protect the shores from natural disasters such as floods, hurricanes etc., prevent soil erosion and are hotspots of biodiversity. Over the years, excessive exploitation of coastal resources for fisheries and other commercial benefits has led to an ecological imbalance. Better surveillance systems are needed to keep a check on anthropogenic activities in such regions.

Although images from satellite data are commonly used to study various land-forms on earth, distinguishing different land-forms in coastal region remains a challenge due to their low lying nature, and absence of clear-cut boundaries between various land-forms.

The new technique deploys parameters like tone, texture, shape, context, proximity to the sea and height derived from satellite images for classification of landforms. Combining the values of these parameters, a total of 11 land-forms such as beach, beach ridge, swale, tidal creek, marsh, spit, barrier bar, mangrove, natural levee, channel island and channel bar were given their peculiar characteristics and were differentiated.

The reduced inflow of water from Krishna river to the delta due to construction of dams and reservoirs together with over-exploitation of mangroves surrounding Krishna delta for agriculture, aquaculture and industrial is disturbing the ecosystem of this region. In such a scenario, a method that helps to keep a better check on this region could help environmental organisations.

“The work is useful for identification of vulnerable zones so that mitigation measures can be planned. However, some more advanced remote sensing data and machine learning techniques can be additionally used for obtaining better results,” commented Dr. Prafful Singh from Amity Institute of Geoinformatics and Remote Sensing, who is not connected with the study, while talking to India Science Wire.

From the Arctic North, satellites watch the world

From the Arctic North, satellites watch the world