The absence of water vapour and thin atmosphere of Antarctica make it an ideal place for astronomy, especially when observing IR and microwave radiations.

India has been an active player globally in polar research, having established research stations in both the Antarctic and the Arctic. Now it should take steps to set up an astronomical observatory in the Antarctic, which is an ideal location for making observations. 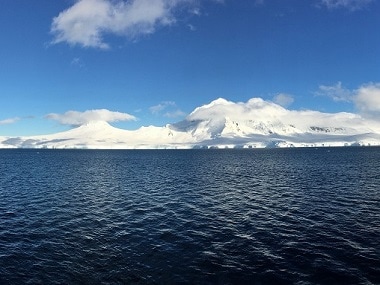 Leading Indian astrophysicist and director of the Inter-University Centre for Astronomy and Astrophysics (IUCAA), Professor Somak Raychaudhury, made this suggestion while delivering the Foundation Day lecture at the National Centre for Antarctic and Ocean Research (NCAOR) here on 5 April.

“Polar regions are important for astronomy. Many countries already have astronomical observatories in Antarctica and India should also do so. The absence of water vapour and thin atmosphere of Antarctica make it an ideal place for astronomy, especially for observing the infrared and microwave radiations,” Raychaudhury said.

At present, America, Australia and China have astronomical observatories in Antarctica. The US was among the pioneers to begin astronomical observations from an observatory at its Amundsen-Scott South Pole Station. Now it has three 10-meter South Pole Telescope (SPT) telescopes. The University of Texas and Beijing Astronomical Observatory have jointly built the Antarctic Survey Telescopes (AST3) at the Antarctic Kunlun station in 2012. The same year, University of New South Wales, Australia also established a High Elevation Antarctic Terahertz telescope in collaboration with the University of Arizona.

India began exploring the Antarctic with its first expedition in 1981 and since then, 37 expeditions have been launched. The country’s first Antarctic base “Dakshin Gangotri” was established in 1983-84 in an ice shelf off East Antarctica. At present, India has two permanent research bases — “Maitri” and “Bharati”. In addition, India has a research station called “Himadri” in the Arctic and Himansh in Himalaya. These high latitudes and cold desert regions are considered ideal for astronomical research as well.

LIGO, he said, would open a new window on the universe with the observation of gravitational waves from colliding black holes. The gravitational wave detector being built in India is likely to be ready by 2025. It will measure waves in the fabric of space and time. Acquiring suitable land in a remote, inhabited place was a major challenge as the observatory should be away from all disturbances. Land has already been acquired for this in Maharashtra.

India’s participation in various mega projects is a golden opportunity for researchers to carry out international work in astronomy and astrophysics. IUCAA is a forum for promoting astronomy and astrophysics in Indian universities and institutes. “We need young researchers from various fields of science for building the detector and to look at data from different angles for advance studies once the Indian arm of LIGO becomes operational,” said Raychaudhury.

Dr. M. Ravichandran, director, (NCAOR), said the institute has collaborated with dozens of research and academic institutes for polar research in the past and would be open for collaborative studies in the field of astronomy as well.