India proposes electrifying motorbikes, scooters in the next 6-8 years: Sources

India sold more than 21 million motorbikes and scooters in the year to 31 March, making it one of the world's biggest two-wheeler markets

The Indian government's leading think-tank has proposed electrifying most motorbikes and scooters within the next six to eight years to curb pollution and reduce dependency on fossil fuels, a source with direct knowledge of the matter said.

The draft proposal from Niti Aayog, which is chaired by Prime Minister Narendra Modi and plays a critical role in policymaking, also recommends electrifying the country's popular three-wheeled autorickshaws, said the source, who declined to be identified as the proposal is not public and still needs the go-ahead from the government.

India sold more than 21 million motorbikes and scooters in the year to 31 March, making it one of the world's biggest two-wheeler markets. In the same period, it sold just 3.3 million cars and utility vehicles. 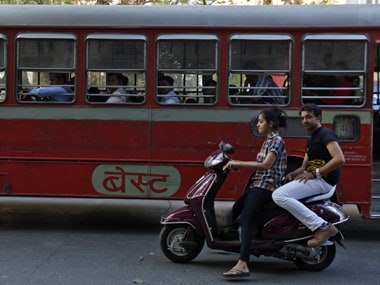 Electric scooters accounted for just a fraction of the total but sales more than doubled to 126,000 in the 12 months, from 54,800 a year earlier, according to the data from the Society of Manufacturers of Electric Vehicles.

"We have lagged in electrifying the car segment ... India has decided to take the lead in two-wheelers and three-wheelers," said the source.

Although exit polls suggest the political alliance led by Modi will win a clear majority in the country's recent election, final results will only be announced on Thursday. It was not immediately clear whether the new administration would adopt the electrification proposal.

If the proposal, which is being worked on with the Ministries of Heavy Industries, Road Transport and Power, is approved, it would open up a new market for global companies like Japan's Yamaha Motor and Suzuki Motor, which are drawing up plans to launch electric two-wheelers in India.

Modi's government set an ambitious target in 2017 to electrify all new cars and utility vehicles by 2030 but resistance from the auto industry forced it to scale back the plan.

The government now expects electric vehicles to make up 15 percent of all new sales in five years from less than 1 percent currently.

Efforts to convince car makers to produce electric vehicles have flopped mainly because there is no clear policy to incentivise local manufacturing and sales, a lack of public charging infrastructure and the high cost of batteries.

The draft proposal goes some way towards rectifying that, offering incentives for the manufacture and sale of electric motorbikes and scooters while penalising gasoline models, said the source, adding that the plan will be finalised after input from industry players.

India's cabinet in February approved a scheme to spend $1.4 billion over three years to subsidise sales of electric and hybrid vehicles.