India’s first ever mobile, internet and technology event on a global scale, the Mobile India Congress 2017, kicked off in New Delhi on Wednesday.

India’s first ever mobile, internet and technology event on a global scale, the Mobile India Congress 2017, kicked off in New Delhi on Wednesday with an aim to foster digital inclusion in India. 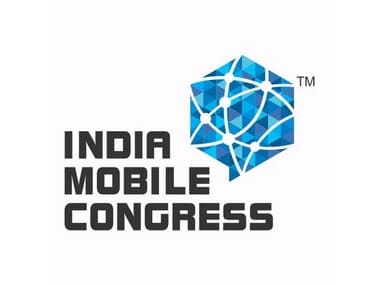 MeitY secretary Aruna Sundararajan and other top executives from the telecom industry reflected on the need to form a common platform for the government and private firms to help India take definitive steps towards digitisation and inclusion of those unconnected.

#IMC2017 is a marquee event to show #India's strength in telecom to the world: #ArunaSundararajan, Secretary, #MeitY pic.twitter.com/aZpzwKUs9c

"We need to ensure that the use of mobile phones can deliver quality healthcare and education services, apart from banking. We want to connect the unconnected and serve those who haven't been served to make sure the mobile technology helps many beyond the 100 million urban users with the latest devices,” Sundararajan said. “IMC 2017 is a marquee event aimed at showing India's strength in telecom to the world,” she added. The event was inaugurated by Minister of State (Independent Charge) Communications, Manoj Sinha, who also echoed on the need for digitisation for India’s development. "Connecting the next billion Indians to the worldwide web is the single biggest opportunity in India. The word is digital, becoming synonymous with every aspect of our daily life,” he said. “The government is doing its best to improve ease of doing business in the IT and telecom sectors,” Sinha added.

As data availability and utility increase we must also work towards securing data and its privacy: #RaviShankarPrasad at #IMC2017 pic.twitter.com/LErsOfwtdc

The government’s blueprint for furthering the multi-stakeholder approach to digitisation was formalised by Ravi Shankar Prasad, who said that, "We don't want to miss the digital revolution. We have decided to finalise a new IT policy, a new e-Commerce policy and a new IoT policy very soon.''

#India's digital revolution is built on the principle of inclusion. It is aimed at the poor and the unconnected: #RaviShankarPrasad #IMC2017 pic.twitter.com/qabs9tQMdV

‘Data is the new oil’ The government’s views were echoed, perhaps louder, by private players. Industry giant and Reliance Industries chairman Mukesh Ambani relayed Sundararajan’s views and pushed for a plan to fulfil “Prime Minister Narendra Modi’s dream of a Digital India”. “India is the largest data consumer in the world. The pace of growth of Indian market is unparalleled. In next ten years, Indian economy will grow and rank among the top three in the world. The IT and telecom sectors have a pivotal role to play in this. Government should work with private firms to help India lead the ‘fourth’ industrial revolution,”

#IMC2017 signals to world that #India is one of the biggest telecom markets. It'll be a must attend event in years to come: #MukeshAmbani pic.twitter.com/Or1zqKQrOe

“Data is the new oil, India does not need to import it. We have it in abundance. Data is the oxygen of the Indian economy, we cannot deprive Indians of it,” he added.

Ambani even laid out a clear agenda for the government, reading out the must-do tasks to fulfil the Digital India dream. “First, we must explore innovative ideas to provide self-employment for youth through newer technologies. Second, digitisation can be a boon for water, food security and can deliver more efficient transportation. And third, given that human capital is India’s biggest asset, digitising education is a must. Telecom and IT sectors must work with the government on this.”

Following up after Ambani, his friend and competitor Sunil Bharti Mittal, Chairman of Bharti Airtel, said, “Technology is now being tailor-made for India. This is a big departure from the past. Large telcos are looking to India and India must facilitate this growth.”

#IMC2017 signals to world that #India is one of the biggest telecom markets. It'll be a must attend event in years to come: #MukeshAmbani pic.twitter.com/Or1zqKQrOe

The presence of the two stalwarts together on stage was not missed by many, given the fierce battle the two companies have been engaged in since the launch of Reliance Jio. So much so, that Petroleum Minister Dharmendra Pradhan couldn’t help but take a sly dig at their expense.

“Healthy competition between Ambani bhai and Mittalji has become on one of the biggest boons for the Indian consumer. Now, thanks to their fierce rivalry, data has been capped and can be enjoyed at nominal costs,” he said.

‘With an increase in data, need for security, privacy becomes paramount’

One of the key aspects, and possible apprehensions, of fast-paced digitisation is the procurement and storage of huge amounts of sensitive data.

The need for a robust security system before implementation of digitisation in the financial, education and medical sectors has been flagged as a concern by many over the years.

Law minister Prasad expressed his concerns as well on the issue when he said that: “As data availability and utility increases, we must also work towards securing data and its privacy.” The recent privacy debate over Aadhaar and the safekeeping of an ever-expanding database of sensitive data was a theme echoed in many of the keynotes on Day 1 of the event. More so, as the future of digitisation in India looks to encompass almost all aspects of one’s life – financial, personal, or otherwise – by bringing it under the ambit of the UID scheme.

Speaking at a seminar on internet governance and its efficacy, Ajay Kumar, secretary, MeitY, said that,” It is very important to manage sensitive data effectively. As content is increasing, so are the number of cyber threats. Of all the layers of digitisation, the content and the security are of most importance,”

“Schemes like Aadhaar pose challenges for data protection. How to keep data safe for governance? Hence, content and data security layers need to be explored and researched on further,” Kumar said.

“From the government’s perspective, Digital India is a flagship project. But for driving change through technology, one must ensure that the change is sustainable and safe,” he added.

Privatisation of governance: A compromise on data sovereignty?

Another possible loophole in entrusting global private firms with sensitive data arises because of the lack of definitive laws governing or overseeing the exchange.

Data localisation is considered to be an absolute necessity to ensure data sovereignty. Just recently, Google launched its UPI-based payment gateway Tez. At the event, the tech giant was asked about data localisation and whether the financial data it gathers would be stored abroad.

While no definitive answer was provided, the issue was dismissed by saying that the data will be stored on Google cloud, and that the location of the cloud was not known. Google also declined to comment on whether this data could be used for its ad sense feature.

When Firstpost asked Rekha Jain, an information systems professor at IIM-A, who was a part of the panel, about the issue, she said that clear laws are needed to oversee the exchange of data to ensure its security. On being asked if an integrated approach to governance between private firms and the state translates to a compromise on data sovereignty, she said: “No private firm can operate outside the law. Unfortunately, we in India are lagging behind in terms of the laws. If I leave my house open to all and then complain about theft, then I am responsible. We are late already and the need to form data localisation laws is of utmost importance.”

The three-day event will look to explore different aspects of various themes like Digital India, internet governance, the future of smart networking and the digital identity in a digital world. Over the course of the event, experts from their various technical and academic fields will examine the intricacies of the process of digitisation.

The event includes a conclave, an exhibition and an awards ceremony as well as thematic pavilions and innovation zones. It is expected to attract more than 500 start-ups, 2,000 delegates from India and other countries.