India far from having bridged the gender gap when it comes to internet usership in India: IAMAI

Based on the report prepared along with Kantar IMRB, both urban and rural population in India has witnessed a growth in internet users since December 2016.

Despite improved internet penetration and an estimated 481 million internet users in the country as of December 2017, India's internet user market still seems far from having bridged the gender gap. 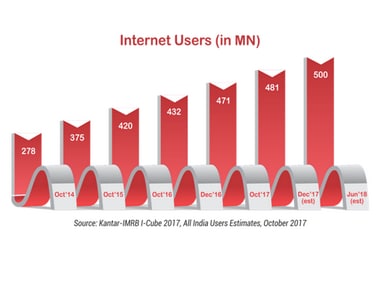 Recent findings by the Internet and Mobile Association of India (IAMAI) in a report has brought out a worrying statistic which puts total female internet users at just 30 percent of the total users. According to the report titled, ‘Internet in India 2017' female users accounted for an estimated 143 million, in comparison to 338 million male users.

Based on the report prepared along with Kantar IMRB, both urban and rural population of the country have witnessed a growth in users since December 2016. Despite the growth, the gender ratio in urban as well as rural spaces seems to be tilted towards males. The current gender ratio stands at 59:41 in urban India and 64:36 in rural spaces.

The report does, however, state that there is a steady improvement in the proportion of female users in rural India which suggests that there is an increase in gender parity. There is a long way yet to go in the rural space though.

The report also states that rural internet penetration has grown by 2.26 percent while urban penetration improved by 4.24 percent in December 2017. There is a catch here as given that the total urban population is much lower than the total rural population in the country, the digital divide is also more acute than what the penetration numbers suggest. 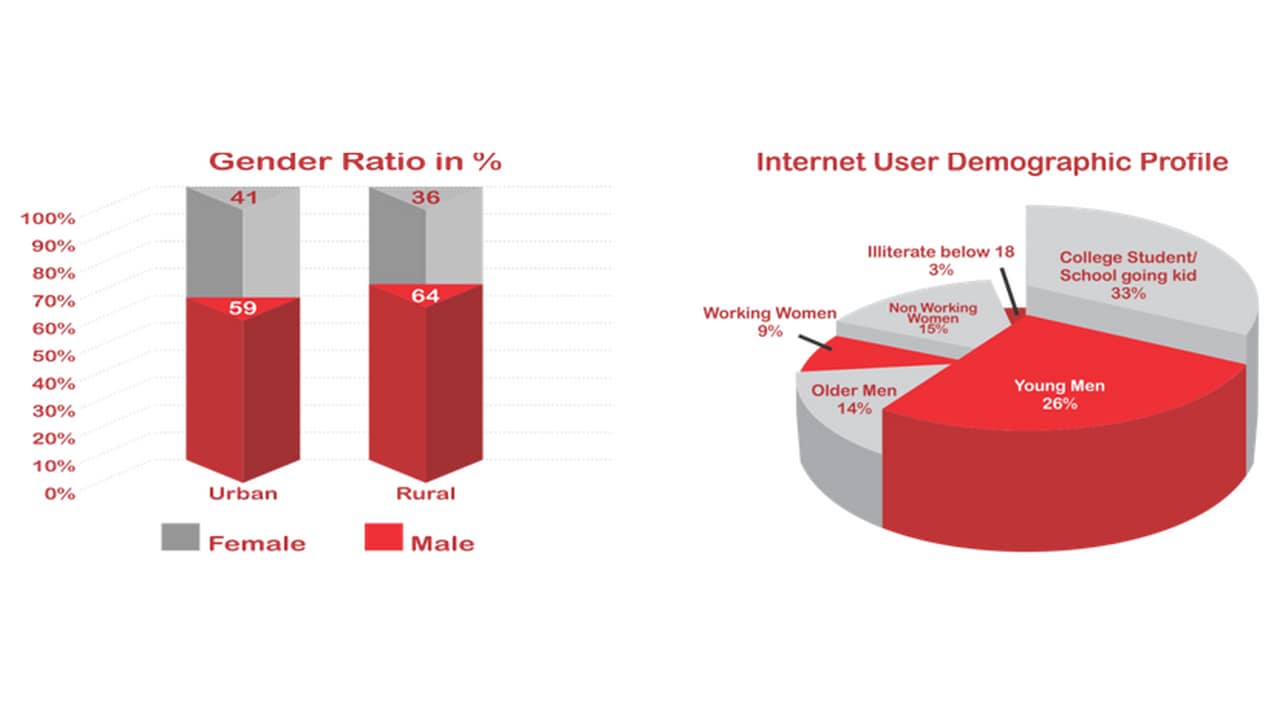 Stacked up against 2011 Census numbers, rural India, with an estimated population of 918 million has a total of only 186 million internet users. This reveals that a potential 732 million users are yet to be reached.

Internet user numbers to reach up to 3.47 billion by year end; that's 46.8 percent of the global population

Budget Underlines The Importance Of ICT In Governance: IAMAI

185 mn Indians will access internet on mobiles by June 2014: IAMAI