India comes out on top when it comes to censoring content on the internet: Report

The findings of the report indicate that India not only blocks URLs related to pornographic websites and piracy but also of those belonging to NGOs, human rights groups and even feminist groups.

A report by the The Indian Express claims that India tops the list when it comes to censoring content on the internet. 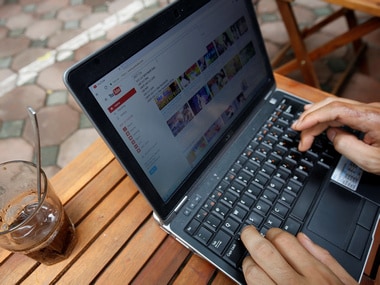 The findings of the report indicate that India not only blocks URLs related to pornographic websites and piracy but also of those belonging to NGOs, human rights groups and even feminist groups.

The shocking report compiled by The Indian Express, Citizen Lab (University of Toronto) and the Canadian Broadcasting Corporation, shows that India topped the list when it came to blocking and filtering of websites by telecom operators.

The study that was conducted by Citizen Lab across countries indicates that India tops the list with 42 installations and 12 ISPs with Pakistan in second place with about 20 installations.

According to the publication, some of the popular websites blocked by ISPs include, fordfound.org (Ford Foundation), cseindia.org (Centre for Science and Environment), avaaz.org, genderandaids.unwomen.org (UN Women/UNAIDS) and many more.

Officials in the Ministry of Electronics and Information Technology (MeitY) claimed that they did not issue any such instructions to block websites. Department of Telecom officials too did not respond to queries by The Indian Express.

Only a handful of the blocked pages saw a reason as to why the content was blocked. Some blocked websites reportedly found a way to get past the censorship by changing URLs. According to Section 69A of the Information Technology Act, 2000, the government has notified the Information Technology Rules, 2009. The same rules have so far formed the rule-book when it comes to blocking any URL or website in the country.