India, on its part, has developed a wide-ranging earth observation programme which is managed by the Department of Space and implemented by the ISRO.

In a boost to cooperation between India and Europe in the area of space, India's Department of Space and the European Commission on 19 March signed a cooperation agreement related to sharing of earth observation satellite data. 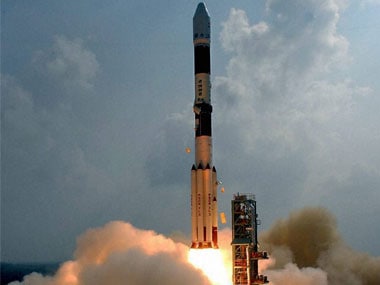 The agreement was signed in Bengaluru by PG Diwakar, Scientific Secretary in the Indian Space Research Organisation (ISRO) on behalf of the Department of Space, and Philippe Brunet, Director for Space Policy, Copernicus and Defence, on behalf of the European Commission.

"To allow the benefits of the European Union's Copernicus Earth Observation and Monitoring programme and of the Indian fleet of remote sensing satellites to extend beyond the borders of the partners, in Bengaluru, on 19 March, the European Commission and India's Department of Space signed a landmark cooperation arrangement related to sharing of earth observation satellite data," the European Union said in a statement.

The Copernicus programme provides a wide range of applications like climate change, land, ocean, and atmosphere monitoring as well as support in the forecasting, management and mitigation of natural disasters.

India, on its part, has developed a wide-ranging earth observation programme which is managed by the Department of Space and implemented by the ISRO.

"Recognising that data sharing will provide mutual benefits, in particular in the pursuit of the United Nations' Sustainable Development Goals, the European Commission and India's Department of Space, have decided to sign a Cooperation Arrangement with the aim to strengthen and stimulate cooperation on earth observation and mutual access to the data from the European Union's Sentinel series of satellites and from the Indian earth observation satellites.

"Under this arrangement, the European Commission intends to provide India with free, full and open access to the data from the Copernicus Sentinel family of satellites using high bandwidth connections from data hub to data hub," said the EU statement.

"Reciprocally the Indian Department of Space will provide the Copernicus programme and its participating states with a free, full and open access to the data from ISRO's earth observation satellites including historical data sets."

The new agreement envisages technical assistance for the establishment of high bandwidth connections with ISRO sites, in particular through setting up of mirror servers, data storage and archival facilities.