Imprisonment of Lee Jae-yong is a 'tragedy' for the company's future management, says Samsung CEO

According to a forecast report Samsung's operating profit for the third quarter of the year has tripled year-on-year to 14.5 trillion won ($12.8 billion).

The CEO of Samsung Electronics has said that the imprisonment of the tech giant's heir Lee Jae-yong was a "tragedy" for the company's future management. 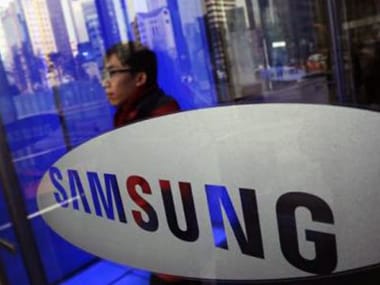 Kwon Oh-hyun, CEO and Vice President of Samsung Electronics, who announced earlier in October that he would resign in March 2018, said that although the business is "going well today", the lack of leadership could negatively affect the company, Yonhap news agency reported.

"It's a kind of tragedy," Kwon said in a business forum in the US, referring to Lee Jae-yong's five-year imprisonment in connection with a massive corruption scandal that removed President Park Geun-hye from office. Lee is the only son and heir of Samsung Electronics Chairman Lee Kun-hee.

"The business itself is going well today. That means in the short term we have not big impact. But (in the) long term ... we need some ... chairman's group's advice. In that sense, we have some handicaps," Kwon said.

Kwon, 65, is a key figure in making Samsung the world's largest chip manufacturer and is steering the company since Lee's arrest in March.

Prior to his arrest, Lee Jae-yong took charge of the company in 2014 after his father, Samsung's current President, suffered a heart attack which left him incapacitated.

According to a forecast report published last week, Samsung's operating profit for the third quarter of the year has tripled year-on-year to 14.5 trillion won ($12.8 billion).

Since Kwon announced he would step down, questions concerning the immediate direction of Samsung have been widely raised as the company's performance is based on important capital expenditures executed and endorsed in the long term by the company's board.

As for the reasons which led him to resign, Kwon said he wanted to make room for a new generation of business leaders and expressed interest in mentoring start-up businesses in the future.

IIM CAT 2021: Application edit window to open on 25 September; candidates can do so by visiting iimcat.ac.in