Out of the 490 students that participated, 268 succeeded in completing the process in the stipulated hours

A Guinness World Record of most students assembling radio kits simultaneously was created on the third day of India International Science Festival (IISF) here on Thursday, the organisers of the IISF said.

A spokesman of the organising committee of the IISF said while 490 students participated in the event, a record 268 succeeded in completing the assembling process in the stipulated hours. The students all from the city and districts accomplished the feat in two hours at an event in Science City Expo, he said. 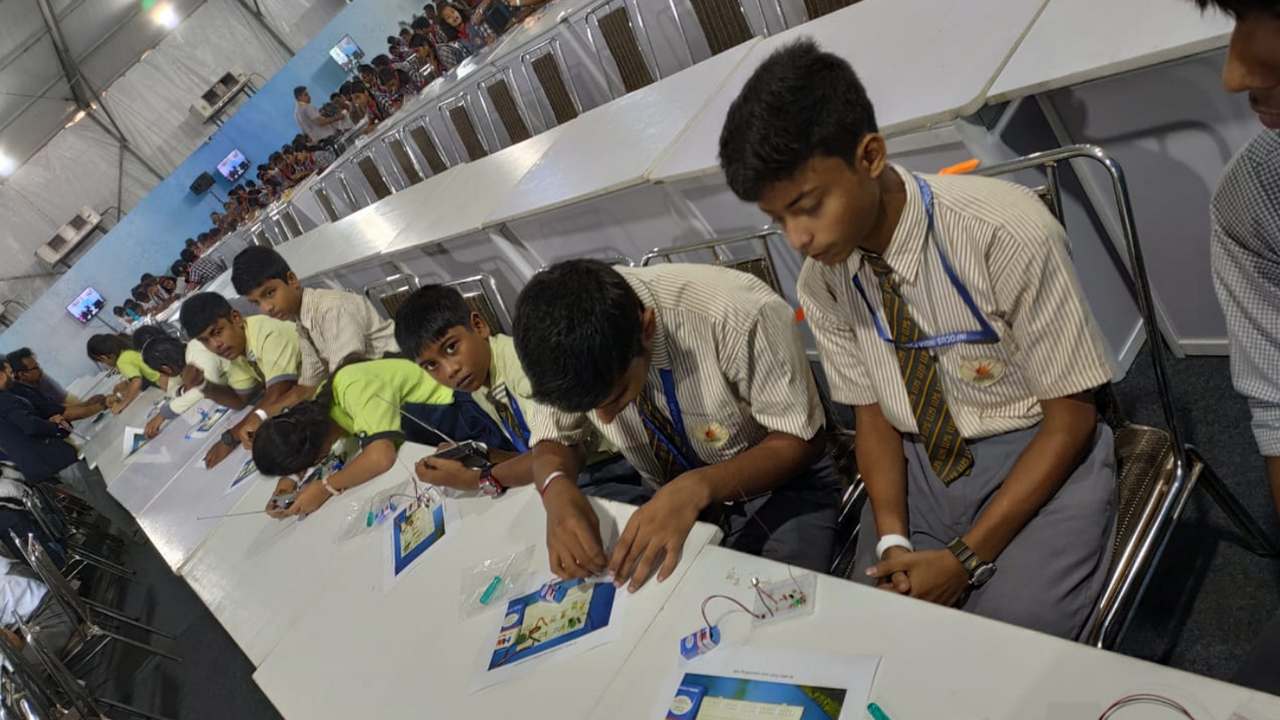 Out of the 490 students that participated in the event, a record 268 succeeded in completing the assembling process in the stipulated hours. Image credit: Twitter

A representative of the Guinness World Records presented a certificate and memento to Union Minister of Science and Technology Harsh Vardhan who took it on behalf of the students.

Sandeep Kothari, a student who was among the 490 participants but could not himself assemble the kit in stipulated time said: "despite not being among the 268 friends of mine, I picked up a lot from today's session."

Kothari said he was proud of other friends who managed it.

On Tuesday, the first day of the IISF over 1,598 students had created a Guinness World Record for the Largest astrophysics lesson and assembly of spectroscopes here.

For more stories from the IISF 2019, head here.

From pulling a car while walking on your hands to BMX tricks, check out how records were made

There is another crisis in education; can India turn this to its advantage?