iFixit tears down the Google Pixel 2; the technology behind the squeeze action revealed

iFixit revealed were heat-pipes in the device that were earlier unavailable for the original Pixel and Pixel XL phone.

It is no surprise that Google's latest flagship devices, the Google Pixel 2 and Pixel 2 XL come with squeezable frame quite similar to the one seen in the HTC U11. A recent teardown of the device by iFixit has revealed the Squeezable Frame Technology along with the Pixel Visual Core image processor. 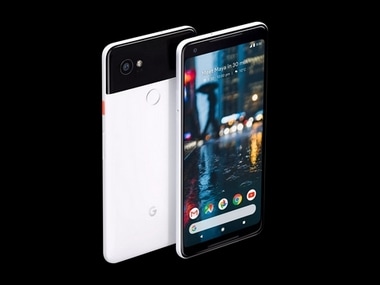 Upon opening the device a tightly walled 3,520 mAh battery is revealed. The battery is not easy to pull out due to the absence of any pull-tab adhesive beneath the battery. The lack of pull-tab adhesive marks a deviation from what was revealed while tearing out the Pixel and Pixel XL. iFixit also revealed heat-pipes in the device that were absent in the original Pixel and Pixel XL.

The Active Edge feature or the squeezable frame feature allows users to launch the Google Assistant by just squeezing the phone. The teardown revealed that the smartphone's Active Edge sensor comprises a bendable circuit board, a line of steel blocks and strain gauges (resistors) placed in between them. The software on both the Pixel devices enables the smartphone to understand different levels of pressure. iFixit has awarded the phone with a repairability score of 6/10 which is less than the 7/10 rating that the original Pixel received last year. The teardown comes right at the time when XDA-Developers figured out an app called Button Mapper that can let you remap the squeeze feature. This means that users can reassign the squeeze feature to other useful things such as returning to the home screen, turning on the Do Not Disturb mode, launching the flashlight etc.