As smartphones and other electronic devices make greater use of artificial intelligence (AI), the digital assistants already pervasive in our lives

The gadgets on display at Berlin's mega consumer electronics fair this week may not look radically different, but they are smarter than ever before and designed to meet our every need - often before we've even thought of it ourselves.

As smartphones and other electronic devices make greater use of artificial intelligence (AI), the digital assistants already pervasive in our lives are set to become more intuitive and play a bigger role in our homes, observers said. 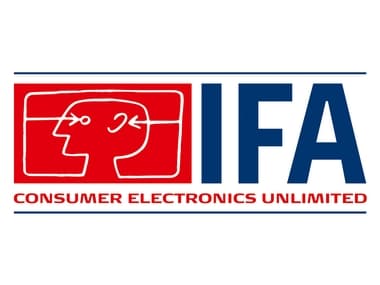 The humble television, overshadowed in recent years as viewers streamed their favourite shows on tablets and phones, is also poised for a comeback with better-than-ever screen quality and online applications.

"AI (is going) to make our daily life easier," Klaus Boehm of consultancy Deloitte said ahead of the annual six-day trade show which kicks off Friday.

Boehm pointed to Amazon's and Google's voice-controlled speakers that can answer questions, turn off the lights and do our online shopping as prime examples of the "smart home" trend.

And in the race to be the smartest, developers are focussing not on hardware, but on more intelligent software to woo consumers.

Such is the emphasis on AI this year that Chinese smartphone manufacturer Huawei, the world's third largest, will use the IFA stage not to present a new model but to unveil its first personal assistant, hoping to rival the dominance of Amazon's Alexa, Apple's Siri and Samsung's Bixby.

From offering restaurant recommendations before you've realised you're hungry to asking if you'd like your usual coffee after your alarm goes off, life without smart aides will fast become unthinkable, observers predict.

As the long-promised revolution of the "internet of things" is slowly making itself felt, IFA exhibitors are also set to showcase rubbish bins that know which items to recycle and fridges that can help you stick to your diet.

'Television not dead'
Smart TVs that respond to voice commands and allow for easy on-demand viewing are expected to help reclaim the telly's place at the heart of the home as viewers are lured back with super-high-definition screens.

And of course, bigger is better.

"TV is not dead," said Roland Stehle of Germany's gfu federation for electronics firms, a co-organiser of the IFA trade show.

"People are buying bigger TV sets, so the picture sizes are increasing and it's necessary to have a high resolution."

More geared towards the general public than its Las Vegas rival, the Consumer Electronics Show, IFA is known for lifting the veil on the must-have gadgets most likely to end up under our Christmas trees.

"The demand for consumer electronics and household appliances is quite high, it's a good sign for IFA," said gfu president Hans-Joachim Kamp.

No major new announcements are expected in the smartphone arena as Apple traditionally skips IFA and Samsung already unveiled its latest high-end model last week, the Galaxy Note 8 that is supposed to banish memories of the ill-fated Galaxy Note 7 and its exploding batteries.

Instead, Samsung plans to use IFA to showcase its newest offerings of smart wearables, the Gear Fit2 fitness bracelet and the Gear S4 smartwatch.

Having failed to live up to the initial hype, tech giants are betting that there is life in the wearables market yet.

The Gartner consultancy estimated earlier this month that wearable devices such as smart headphones, eyewear, clothing and watches will generate global revenues of some $30.5 billion this year.

And wireless headphones will become so standard that phones without audio jacks will become the norm, they said, a path already charted by Apple after it controversially ditched the 3.5-millimetre jack in the iPhone 7 last year.

"By 2021, we assume that almost all premium mobile phones will no longer have the 3.5 mm jack," said Angela McIntyre, author of the Gartner study.