This newly rendered handset is believed to be for the European markets and has a few design and hardware differences from the American model.

The Alcatel Idol 5S smartphone model is expected to launch at IFA in Berlin this year and what seem to be official renders of the phone have surfaced online according to Win Future. There will be two models of this phone, one for the US and one for Europe. 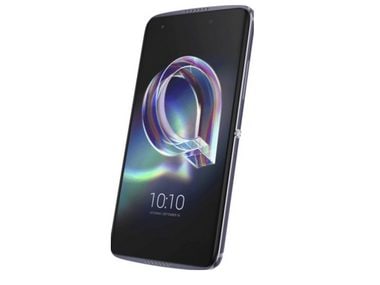 The American version for Alcatel was spotted on the FCC (Federal Communications Commission) according to Android Headline. However, this newly rendered handset is believed to be for the European markets and has a few design and hardware differences from the American model. This newly rendered phone has a full black finish as opposed to the white colour on the American one.

Also, the speaker grills are on the top and the bottom while in the American version they appear to be only on the top. The screen appears to be having a 16:9 ratio which is same as the FCC leaked model. There are currently no photos depicting the phone's rear side, so there is no surety of a fingerprint scanner.

The European model is believed to be the one with the MediaTek SoC according to the Android Headline. The phone is expected to run on the Android 7.0 Nougat out-of the-box. The phone has a

The phone has a FullHD 5.2-inch display. In terms of optics, the phone has a 12 MP rear camera and  8 MP front-facing shooter. However, this variant does not seem to be having 4K recording capabilities according to the GFXBench specs sheet. But it will be having NFC technology which is lacking on the American model.

Toshiba Will Manufacture Zune For Microsoft

US regulators to propose new net neutrality rules in May