If your last name is Chutia, your FB a/c might be blocked!

The accusation reveals the difficulty that the social network faces in policing its real names policy.

The All Assam Chutia Students' Union (Aacsu) has accused Facebook of blocking the accounts of thousands of people with the name Chutia saying that the social network has confused it with Hindi slang, reports the Times of India. Chutia, pronounced Sutiya, is the name of a community in Assam. But chutia, or chutiya, is also a mildly derogatory term in Hindi: Urban Dictionary translates its most common slang usage as 'fool'.

"Facebook has blocked the accounts of all the subscribers belonging to the Chutia community of Assam thinking the names are false and fabricated. For Chutia being an abusive word in the Hindi language, Facebook authorities thought that the account holders are fake and fabricated. But, they are still unknown to the fact that Chutia is an ethnic tribe of Assam which has a rich historical background in the state history." 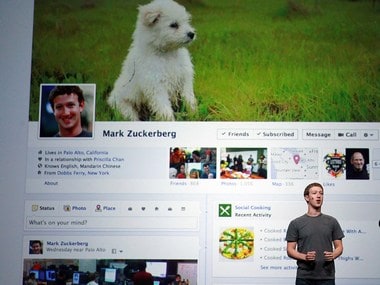 The student group accused Facebook of taking down the account of artist Krishnamoni Chutia, but at the time of writing his page was fully functional and there were at least 300 results for a search on the family name Chutia.

The students' protest against Facebook, which included the burning of an "an effigy of the social networking site" in five Assam districts is part of a wider campaign. A sit-in in Guwahati is intended to draw the government's attention to demands for "tribal status and reservation for the Chutia community in educational institutions and preservation of historic monuments of the Chutia dynasty."

Facebook, along with Google+ and other social networks, insists that users register with their real name and they will take action against anyone using a fake name.

Facebook made another major faux pas last November when it insisted that author Salman Rushdie use his official first name, Ahmed. Said Rushdie at the time:

"Facebook deactivated my account because they thought I wasn't me. Now they insist I call myself by the first name I have never used. What a bunch of morons."

After taking down his account on suspicion that it was fake, Facebook had insisted that Rushdie send them a copy of his passport so that they could verify his identity. When they reinstated him, it was with the first name Ahmed which he never uses.

Rushdie had little luck trying to get in touch with Facebook to remedy the problem, so instead he took to Twitter to raise awareness of the problem, saying:

"Have been trying to get somebody at Facebook to respond. No luck. Am now hoping that ridicule by the Twitterverse will achieve what I can't."

"Victory! #Facebook has buckled! I'm Salman Rushdie again. I feel SO much better. An identity crisis at my age is no fun. Thank you Twitter!"

It seems irrational that Facebook continues to insist on real names, but their goal may be to become an international verified identity service, a sort of internet passport provider. Insisting on real names would be essential to the success of such a venture. But if this is what Facebook is aiming for it would be one of the biggest bait-and-switches in history as people who signed up for a social network find themselves belonging instead to a centralised registry of internet identities.

However, the accusation that Facebook has taken action against a group of people whose name also happens to be a slang word reveals the difficulty that the social network faces in policing its real names policy in cultures where it has little expertise. Spotting anything but the most egregious false name is difficult even in Facebook's native language of English. That difficulty multiplies as soon as the network spreads into cultures and languages where the company has inadequate expertise.

Any actions taken by Facebook against people with the name Chutia almost certainly come from ignorance rather than malice. But it also illustrates how absurd it is to think that Facebook can live their dream of creating a network of real-named people when they have 845 mn users communicating in over 70 different languages.