8 months since the launch, the bank has released some numbers: 6 million queries answered and 3.1 million customers have interacted with 90% accuracy rate.

ICICI Bank launched its artificial intelligence-powered chatbot, named iPal, in February 2017. Eight months since the launch, the bank has released some numbers: Six million queries answered and 3.1 million customers have interacted with the bot, which managed a 90 percent accuracy rate. According to ICICI Bank, the fact that its AI-led chatbot service is offered both on the mobile app as well as on its website makes it the first bank in India to do so. 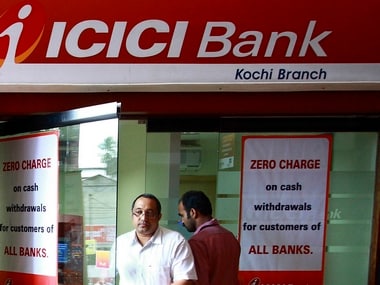 According to some numbers released by the bank, iPal addresses close to 1 million queries a month on the website and the app. It is available 24x7 and is available to domestic as well as NRI customers.

Speaking of the eight-month completion of iPal bot's service, B Madhivanan, chief technology & digital officer, ICICI Bank spoke to media persons to answer our queries. According to him, AI is the next step in the evolution of banking services which started with phone-banking with call centre support, followed by internet banking and mobile banking.

"Unlike structured queries, using iPal is more like an interaction. In case the chatbot does not have a resolution to your query, you can go to a live human operator. The chatbot will learn how the human operator resolved your query to become more intelligent. On the web platform, we have also integrated the chatbot with the search module, so that the bot can learn your search habits and provide better experience," said Madhivanan.

According to Madhivanan, the services offered by iPal are divided into three broad categories, most of which are mapped to the iMobile app. The first category involves the FAQs which are simple questions which you may want to ask your bank executive for which there are simple, structured answers. You ask the queries and the bot will give you the correct response, and it learns along the way. The second category involves financial transactions, wherein you can make funds transfer from person to person, pay your bills or recharge your mobile phone bills using queries. Finally, the last category involves helping people discover new features. These are simple how-to tasks such as how to reset your ATM Pin or something along those lines which is a bit more evolved and is like interacting with your bank executive. When asked about local language support for its natural language processing feature with iPal, Madhivanan said that the bank is not rushing into this just yet. "We are cognizant of the importance of local languages. Our 'Mera iMobile' app supports 12 languages. We have not initiated our smart chatbot iPal with multiple language functions just yet. The most obvious languages seem to be Hindi and Tamil, but we will see how it progresses."

On the topic of integrating iPal chatbot with existing voice assistants such as Cortana, Siri and Assistant, the digital officer said that it was definitely in the works. "Yes, it is a natural progression. We want to explore our ability to interface with multiple voice assistants and that certainly presents different challenges," said Madhivanan.

But when one talks about artificial intelligence, the immediate question that pops up is how it will affect existing jobs. Madhivanan said that 80 percent of the calls to their call centres were about simple things which could be resolved through straight-forward processes. According to him, the idea of using an artificial intelligence powered chatbot was to reduce the mundane load on its human resources and redeploy them.

"AI reduces load on mundane queries, which gives them more time to handle higher quality queries. While we may not be able to recruit more people, we are certainly not laying off people due to this — there is a lot of redeployment happening. At least for the next 4-5 years the chatbot will not be a primary usage," said Madhivanan.