Apart from being incredibly small, IBM intends to make manufacturing these tiny computers cost as low as 10 Cents which is less than a rupee.

On the first day of its annual conference, IBM unveiled what is literally the world's smallest computer and it is way smaller than you think. With computing power equivalent to that of an x86 chip from 1990, it may not be close to being the most powerful chip out there today, but IBM intends it to be the data source for blockchain-based applications. According to a blog post by IBM on its research handle, the "world's smallest computer" comprises of a million transistors and is an outcome of the company's "Crypto Anchor" program.

As explained by IBM, cryptographic anchors enable blockchain to be used in physical products such as a box of chocolates or a bottle of wine. These crypto anchors essentially work as secure digital watermarks to make product counterfeits a thing of the past.

Apart from being incredibly small, IBM intends to make manufacturing these tiny computers cost as low as 10 cents which is under Rs 10. With production costs estimated to be as low as IBM claims, the goal of being able to achieve its widespread adoption should not be too difficult. 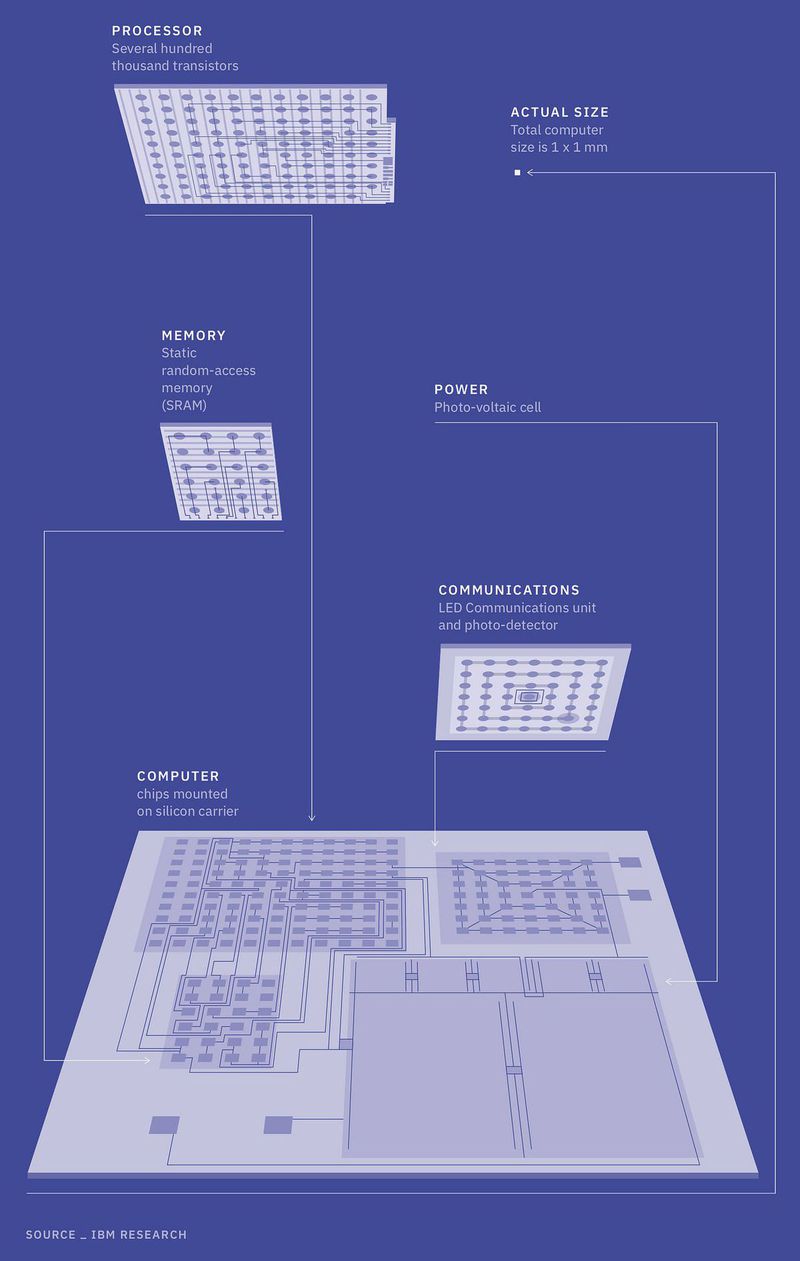 According to Arvind Krishna, the head of research for IBM, the onset of crypto anchors are just the beginning.

"Within the next five years, cryptographic anchors — such as ink dots or tiny computers smaller than a grain of salt — will be embedded in everyday objects and devices," he said.

While the computer in itself is only a research project as of now, it is something that IBM believes to be one of its five predictions of turns technology will take in the next five years. Hence it is likely that we see mass production of the world's smallest computer soon.