IBC 2018: The promise for creating a thriving Blockchain ecosystem in India

The current discourse over Blockchain is over cryptocurrencies in general and Bitcoin in particular.

The International Blockchain Congress took place in Hyderabad on 3 August, saw participation of over 3000 attendees, was held in partnership with the governments of Telangana and Goa and blockchain startup Nucleus Vision. NITI Aayog CEO Amitabh Kant and IT Minister of Telangana KT Rama Rao were the keynote speakers, in addition to 80 other speakers.

Blockchain, which is a digital, decentralised, public ledger meant to record any cryptocurrency related transactions (the underlying technology on which Bitcoin runs) is increasingly also being thought of as relevant to many other fields. The nature of the blockchain is such that it creates a permanent record of every digital transaction and any addition to it, will be visible to everyone on the blockchain. Any change to the Blockchain affects all the blocks in the chain and these changes are visible for everyone on the Blockchain to notice.

This makes it easier to digitise, code and insert any document on the blockchain such as smart contracts, land deed records, healthcare data and so on. So instead of your data being contained with a single centralised authority, it can be distributed in an encrypted manner within the entire community, thereby reducing the chances of the data being compromised due to a cyberattack on the central authority. 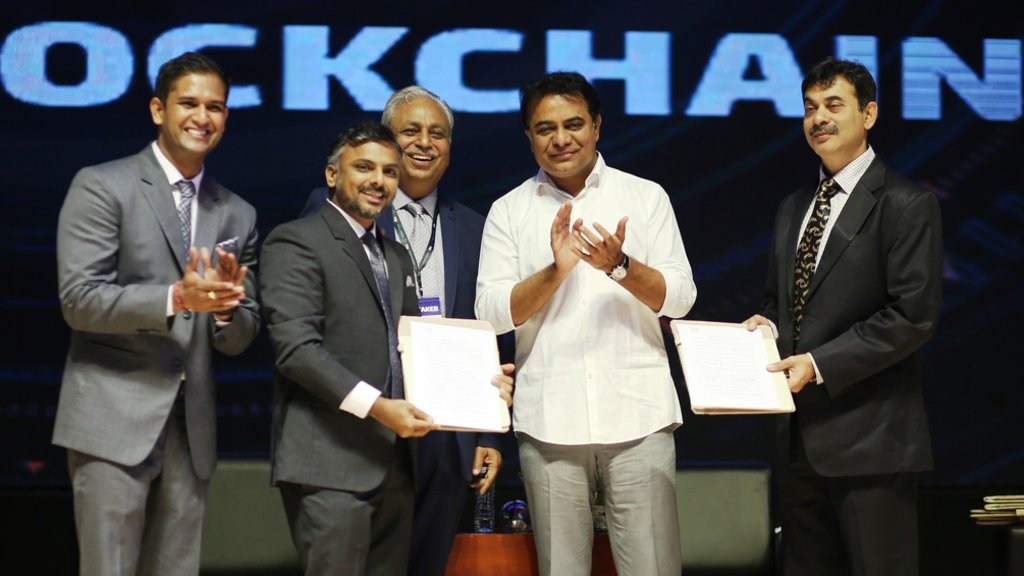 The current discourse over Blockchain is with regard to cryptocurrencies in general and Bitcoin in particular, which suddenly came to the front pages in December 2017. But there are many areas where Blockchain’s underlying nature can be of immense value. The International Blockchain Congress is an attempt to get major stakeholders working in the Blockchain community together, and this was the first edition of the Congress.

Importance of Blockchain in the government sector

Speaking about the promise of Blockchain, Kant said that it is one of the most important emerging technologies to look forward to as it helps in enabling ease of collaboration for enterprises, building transparency and could prove to be useful for democracy and free markets.

“Unlike other technologies, Blockchain is not visible to citizens or consumers, but works in the background. It is important to understand where it can be used and where it has little or no value. We need to work towards use cases which significantly exploit the advantages of Blockchain,” said Kant stating that force-fitting Blockchain into applications was defeating the purpose.

Echoing Kant’s sentiments, Telangana IT minister KT Rama Rao spoke about the measures taken by his government to focus on major areas of emerging technologies. Rao stated that in 2016, the government of Telangana had come up with two policies specifically for the Internet of Things segment. One of the major areas of focus, as part of the IT policy of Telangana, is to do with Artificial Intelligence, Machine Learning, Blockchain and IoT.

The nature of Blockchain which features a distributed ledger make it conducive to be used in government related functions. “Transactions made using blockchain are immutable and transparent, so it makes it an ideal candidate for many non-financial use cases in the public sector. This includes healthcare, real estate, insurance, managing land records, managing welfare payments, peer-to-peer energy transactions and other sectors,” Rao said.

Telangana will also be getting India’s first Blockchain District. A memorandum of understanding was signed between the Telangana State Information Technology Electronics and Communications department and Tech Mahindra, Nucleus Vision and Eleven01 Foundation for the same at the IBC 2018.

This district will be a Centre of Excellence for Blockchain and will work as an incubator for the proliferation of Blockchain technology for the public good. Tech Mahindra will be providing the platform and technology assistance. 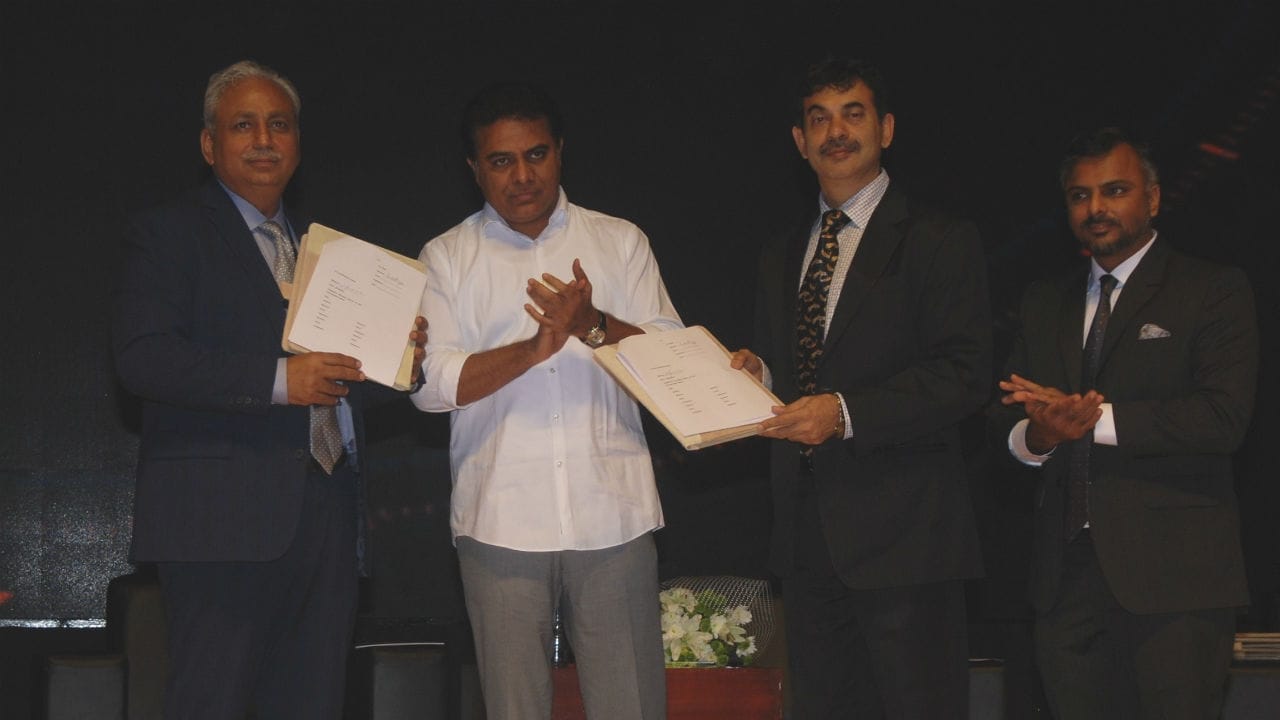 The Telangana government will allocate land and other infrastructure for the cluster, which will provide platform and technology assistance to all the incubators in the Blockchain District.

CP Gurnani, CEO and MD of Tech Mahindra, said that the Blockchain District would work towards becoming a global talent hub, help in reskilling and right skilling the future workforce.

"What we trying to do in Blockchain District is to make sure all relevant players come together. It will be a cluster of buildings which will have a lot of people from different kinds of practices. Some could be based on infrastructure, some on healthcare, fashion retail, pharmacology and research and development," Gurnani said.

Globally, the only other areas with a Blockchain District include those in South Korea and China.

Tech Mahindra also announced another partnership with Eleven01, a multi-organisation conglomerate working with multiple stakeholders in the Blockchain ecosystem. Together they announced the ‘Eleven01 Protocol’ initiative.

The idea behind the Eleven01 Protocol is to create an indigenous blockchain protocol that has local government compliance standards built in. The idea is to act as an enabler for Indian Blockchain startups or companies to reduce their reliance on foreign technologies to build decentralised applications. 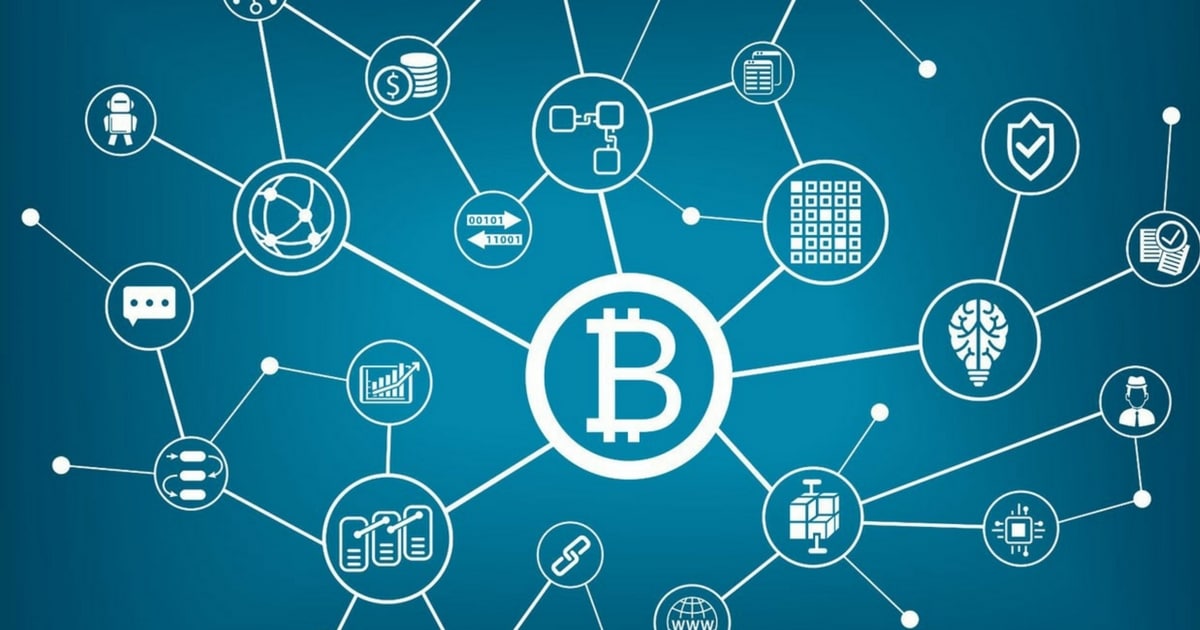 The Eleven01 Protocol will comprise incubators, labs, community of developers. It will have a growth advisory section to connect Blockchain startups to the right partners. In order to make an ecosystem of stakeholders, Eleven01 will be partnering with over 13 startups, over 50 colleges, incubators such as t-hub and so on.

Role of the government in enabling Blockchain

Frans Kempen, Blockchain lead for Logistics and Supply Chain industry at IBM Netherlands said that in his home country where he is on the board of a Blockchain coalition which houses government bodies and industries, defining common standards was key.

“As a government entity you need to define agreed upon standards. Within the government, there are several organisations who are key for enterprises to build up on. All of these industries need to support Blockchain as a model and in order to do that, all the stakeholders need to have the right tools to support business consortiums,” said Kempens.

According to Sreeram Anathasayanam, partner, government and public services at PwC said that it was pertinent to have a convergence point to the Blockchain applications in various fields. “There has to be communication between blockchains, which would allow different areas to thrive,” said Sreeram. “Blockchain is a mystery to the common man, so people need to understand the nuts and bolts of it. Other issue is to do with cost efficiency. We want to build a Centre of Excellence for Blockchain in Goa. We have a very strong social safety net, so we want to build and strengthen it through Blockchain. We want innovators to come to Goa and work on Blockchain related projects,” said Abhyankar.

Apart from the keynotes, the IBC 2018 had over 50 stalls of Blockchain startups working on various projects from smart contracts, cypto-exchanges, healthcare and more. The International Blockchain Congress will conclude in Goa on 5 August.

'Want Snapchat users in India to feel like the app was made for them': Durgesh Kaushik, Head of Market Development, Snap India