Officials said that there is a huge diversity in the ground level situation in various cities which the ministry would keep in mind while enforcing black outs.

New Delhi: With nearly 25 percent TV viewing homes not installing set top boxes (STBs) within the 1 April deadline for the second phase of digitisation, the information and broadcasting ministry is planning to blank out analogue signals in a calibrated manner.

Officials said that multi-system operators (MSOs) and broadcasters have been told to switch off the signals in a phased manner and depending on the situation in various cities. 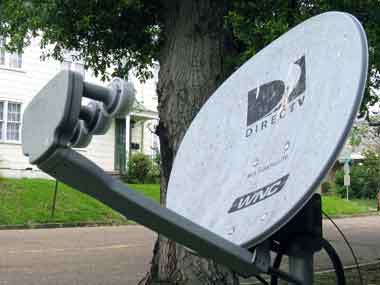 According to ministry data, 1.6 crore cable TV houses had to be digitised by 1 April in 38 cities and by Monday only 75.11 percent seeding had been achieved.

"In order to not create inconvenience for the people, we are giving a transition time of 10 to 15 days depending on the ground level situation," I&B secretary Uday Kumar Varma said in New Delhi.

Officials said that there is a huge diversity in the ground level situation in various cities which the ministry would keep in mind while enforcing black outs.

As per the data with the ministry, seven of the 38 cities involved Ludhiana, Hyderabad, Faridabad, Allahabad, Amritsar, Chandigarh and Jodhpur have reported 100 percent digitisation while three others Thane, Meerut and Jaipur have reported figures of over 90 percent.

On the other side, till Monday, Vishakhapatnam which has over five lakh TV sets reported minimum figures of 12.18 percent digital TV sets. Other cities like Srinagar (20 percent), Coimbatore (28.89 percent), Jabalpur (34.87 percent), Kalyan Dombivli (38.59 percent) were also lagging behind.

I&B officials said they were coordinating with the nodal officers of these states to monitor progress as well as decide on the timing an manner of switching of analogue signals which will result in blank TV screens for those who have not installed STBs.