The first vehicle under Hyundai’s EV sub-brand, the Ioniq 5 has the longest wheelbase of any Hyundai model till date.

The 2021 Hyundai Ioniq 5 is Hyundai's first bespoke electric vehicle, the first under the new Ioniq sub-brand, and the first of many to come on the Hyundai Group's new E-GMP platform, that features an impressive 800V architecture allowing for greater charging speeds, so far only seen on more expensive luxury EVs. The Ioniq 5 rides on a massive 3,000 mm long wheelbase, which is a figure that not only dwarfs wheelbases of many other EVs, but is longer than even Hyundai's own 7-seat Palisade SUV!

Coming down to the details, the Ioniq 5's overall length of 4,635 mm makes it just under 200 mm longer than a Tucson, but that 3-metre-long wheelbase will be the main talking point, bettering even the Tesla Model X (which has a 2,965mm wheelbase). It features neo-retro SUV/crossover styling inspired by the 1974 Hyundai Pony Coupe concept, a taster of which we got in the Hyundai 45 Concept seen at the Frankfurt Auto Show in 2019. 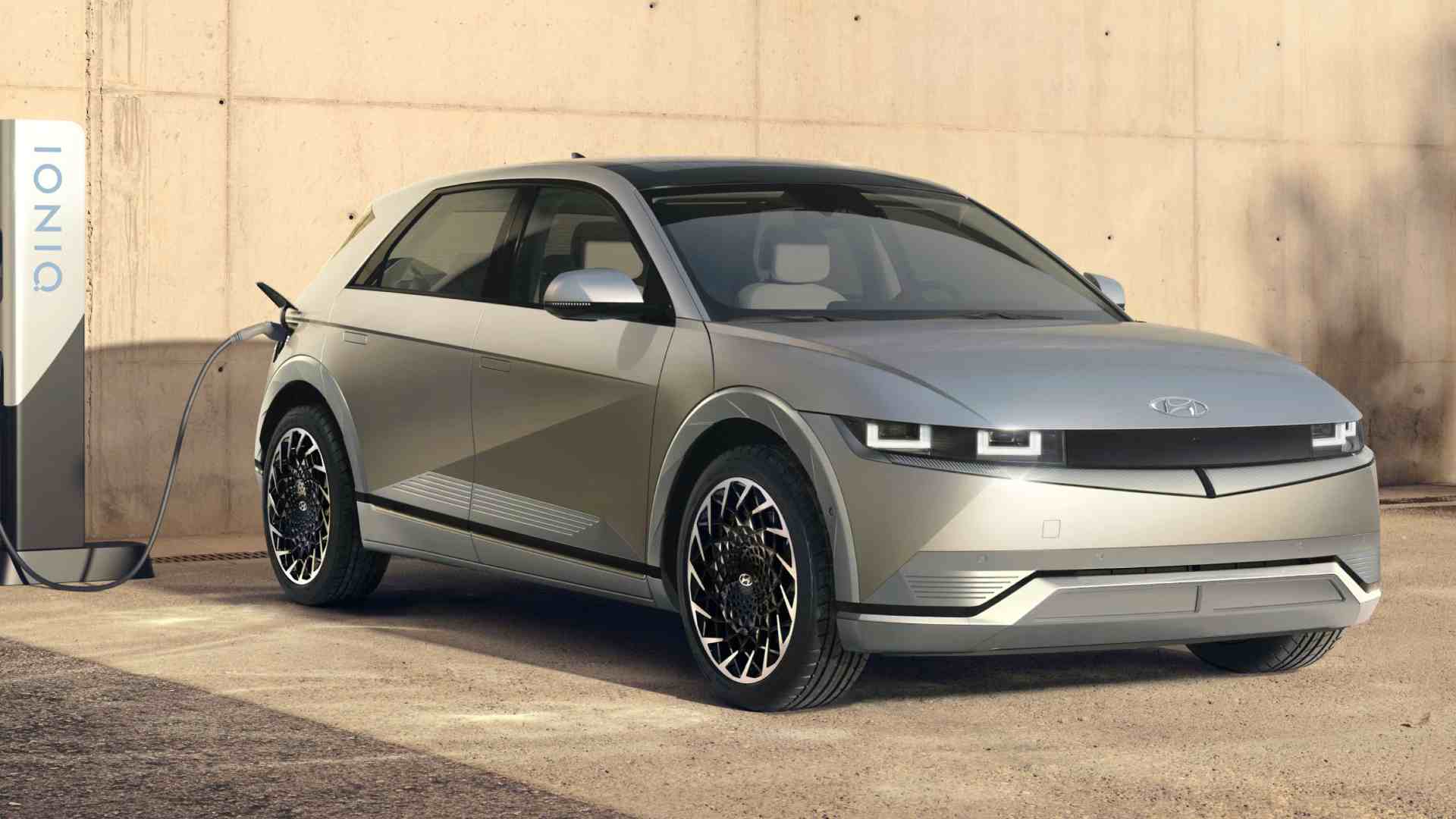 With the wheels pushed right out to the corners of the car, the Ioniq 5's evolution of the Sensuous Sportiness design language hides its long wheelbase well, and elements such as the clamshell hood (a first for Hyundai), flush door handles, and 20-inch aero-optimised wheels help its aerodynamic efficiency. The merging lines on the sides of the Ioniq 5, that Hyundai calls 'parametric dynamics' as first seen on the new-gen Tucson, bring immense visual dynamism to the package without being too fussy or complicated.

The Ioniq 5's cabin is designed as an extension of a living space, and the front seats feature extendable calf support so owners can stretch out while waiting for their vehicles to charge. The centre console also moves back by up to 140mm allowing for more flexibility, while the gear selector is situated behind the wheel. The cabin has got a smattering of eco-friendly materials, including natural wools, eco-processed leather and recycled plastics. Further, a V2L charging port in the second row allows charging of heavy-load electronics up to 3.6 kW, including electric bicycles, ovens and the like. The 531-litre boot is complemented by a 571-litre front trunk in the 2WD models, while AWD models have a 24-litre boot up front. There is plenty of advanced tech too, with a 12-inch infotainment screen, 12-inch instruments display, and an augmented reality head-up display. The Ioniq 5 will also debut HDA2 (Highway Driving Assist 2), Hyundai's advanced driver assistance system.

Sitting at the top of the Ioniq 5 range will be the 72.6 kWh battery-pack variant paired with twin electric motors for AWD, producing 605 Nm torque. Claimed 0-100 kph performance is 5.2 seconds, which drops to 6.1 seconds in the 58 kWh battery variant. The single electric motor variants make 350 Nm of torque, and with the 72.6 kWh battery, accelerates up to 100 kph in 7.4 seconds. With the smaller battery, that figures drops to 8.5 seconds. WLTP range for the single-electric motor paired with the large battery is between 470-480km, while Hyundai claims a five-minute charge can replenish up to 100km of range. The Ioniq range, meanwhile, will soon grow to include the Ioniq 6 electric sedan and Ioniq 7, a 'large' SUV.