Hyperloop: A SWOT analysis of the most popular new age transportation technology

While commercial deployment of the loop network across India is still in the pipe dream stage (no pun intended), we decided to do a SWOT analysis of the project.

Editor's Note: This article was originally published on 27 Jan 2017 and is being republished keeping in mind the announcement of Virgin Hyperloop One announcement to begin an operational hyperloop route between Mumbai and Pune, at the ongoing Magnetic Maharashtra Summit.

Elon Musk's Hyperloop transit system idea was announced in 2012 promising a pneumatic tube transportation system. The average speed that these Hyperloop pods are expected to achieve is 970 kmph with a top speed of 1200 kmph. This brings with it the promise of covering long distances in a matter of minutes.

Since 2012, the Hyperloop concept has been taken forward by companies such as Hyperloop Transportation Technologies (HTT) and Hyperloop One. Apart from these there are many independent entities working on the different aspects of this transportation systems such as the pods, the tubes and so on. 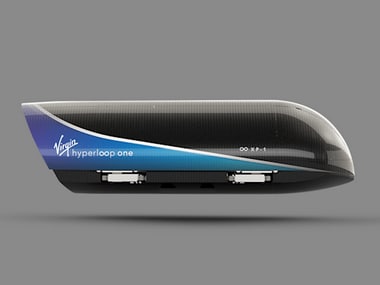 Both HTT and Hyperloop One have expressed interest in getting the Hyperloop project to India. HTT chairman Bibop Gabriele Gresta has proposed a loop between Mumbai and Pune in a meeting with transport minister Nitin Gadkari. Hyperloop One, on the other hand, has proposed a country-wide network which connects all the major cities in India.

One 18 February, Hyperloop One signed a memorandum of understanding with the Maharashtra government to build and develop the world's first hyperloop between Mumbai and Pune.

While commercial deployment of the loop network across India is still in the pipe dream stage (no pun intended), we decided to do a SWOT analysis of the project.

Less expensive and easier to build
According to this report in Engadget, the cost of laying the loop is pegged at $40 mn per km, whereas according to World Bank estimates, the high-speed rail project in California for instance, the cost goes up to $56 mn per km. These costs should be lower in India, but the price delta should remain. Furthermore, the report states that building a Hyperloop between Stockholm and Helsinki would cost $21 bn whereas the California high-speed rail project is pegged at $64 bn. We know these comparisons would not be relevant here. But considering there is no such study done on Indian routes, this international case study offers an insight into the cost factor of building a Hyperloop.

Reduced friction and drag
Since the Hyperloop will be using pneumatic pods and operating under reduced air pressure, there would be a significant reduction friction and air drag. This is a factor that has to be taken into consideration on all the other modes of transport. This means, more efficient use of energy, and less of it lost to overcoming air drag.

Less area as compared to other transport projects
From the mock up plans we have seen from HTT and Hyperloop One, we are looking at elevated, concealed tubes which will transport the 'concorde' or the compartment pod which will have the passengers. It will require concrete pylons at short intervals. When compared with the infrastructure and land area required for railway stations and airports (we are not considering bus stations, as buses are not competition), the Hyperloop could definitely offer better value proposition over time.

Safety and security
This is by far the biggest weakness. We are talking about a transportation system that is elevated and involves very high speeds inside low air-pressure tubes. Unlike bullet trains, jets which have past precedents such as a regular train or a commercial aeroplane, the Hyperloop has no semblance with any means of transportation from our present or past. Unless we see actual implementation, that fear of the unknown will loom large.

Higher initial ticket costs
While companies such as HTT are claiming that ticketing would not be a major revenue generator for them, as they would be looking at other business models, for all practical purposes there will be a ticket charge to travel in those pods. For the initial few years, the cost of a ticket may be significantly higher than an airfare or a train fare. It will definitely take some time for this mode of transport to get mainstream and prices to come to sane levels. Hyperloop One's chairman Richard Branson has stated though that their Mumbai - Pune project will be for the masses and not necessarily a premium priced service.

Land acquisition
Sure, the area required for the Hyperloop project will be less considering it is an elevated platform, land acquisition still remains a sticky subject in India. To get an optimal route, if the Hyperloop networks runs through your backyard, then not many people may like that fact.

Bends or turns could slow it down
It is very difficult to visualise bends or turns in a Hyperloop route, as that would automatically mean getting the speed of travel of the pods down. Thereby defeating the purpose. Finding a route that goes without any bends would be a major weakness area.

A countrywide network proposed by Hyperloop One. Image: Daftlogic

Decongestion of cities
Job opportunities and slow transportation have led to a lot of migration in cities. This has reached a point that travelling from point A to point B in a city is a pain, thanks to the traffic situations. Increasing population in cities also puts a stress on the infrastructure — something people living in Mumbai, Delhi, Bengaluru and other metros are well aware of. But if there is a mode of transportation which cuts down on travel time, then the distance between your residence and work place will matter little. Cities will definitely see some decongestion as travel time will significantly come down.

Business opportunities
Imagine you are a businessman in Chennai and have your own house there, but have to spend many thousands of ruppees to travel to Mumbai and live here as your business clients are here. With a travel time of 80 mins, you could conduct your business in the daytime in Mumbai, and be home for dinner in Chennai without the stress of going through the rigmarole of planning your air travel. This also ties in with decongestion of cities.

Clean technology could get a boost
Hyperloop could certainly give a boost to the clean energy technology movement. According to HTT, since its track is electrified the transport system consumes little amount of energy as compared to high-speed rails that require significantly higher energy which is subsidised by the state. HTT has stated that it will employ green energy which will allow it to produce 20 percent more energy than it can consume.

Boost in the tourism sector
So many working professionals want to take off on a long weekend. Travelling for leisure still happens on limited occassions in India, thereby limiting the domestic economic boost to tourism. But imagine if you could finish work on a Friday evening at your Mumbai office, take a Hyperloop to say Delhi and then carry on to Leh via a connecting flight. You could reach in time for dinner in Leh, explore it for two whole days, and take an early Monday morning flight back to Delhi and a loop back to Mumbai to be in time for work. As the Hyperloop network expands, it can get a lot many unexplored parts of India on the tourist map, thereby boosting the sector.

Bullet trains
Even though infrastructure and investment-wise high-speed railway networks and bullet trains may be expensive, there are already things under way to ensure that they come to India before the Hyperloop. Optimal use of existing railway network could also enable speeding the process. In terms of carrying capacity, one train can transport more people than say one Hyperloop pod.

Cheaper air tickets
Airfare has a dynamic pricing and considering there is so much competition, airfares can also get cheaper in the future. There are already talks about making air travel affordable for the masses. Affordable airlines such as Southwest, Ryanair, easyJet and so on could make air travel even more affordable, if they were to come to India, thereby bypassing the need to pay a premium for saving time.

Sabotage
This ties in the with the safety aspect of the entire project. Sabotage can come across in any number of ways. We see a fair share of 'raasta-roko' and 'rail-roko' protests. God forbid, there is some untoward incident that happens on the Hyperloop, what's to stop a raving mob from disrupting services on the loop? Vandalism is another fear. We have too many instances of that happening on a public property.

So this is out SWOT analysis. Let us know if we have missed out on anything.