All the sensors on the Huawei P20 Pro will be co-developed by German camera maker Leica, who had worked previously with Huawei on the Mate 10 series.

The Huawei P20 lineup is all but out in various leaks and renders over the past few weeks. The P20 Pro, is supposedly going to have a three-camera system on the back and an expected price of around €899 (approx Rs 73,000). However, we were not aware of the resolution of these three bak cameras. Until now. 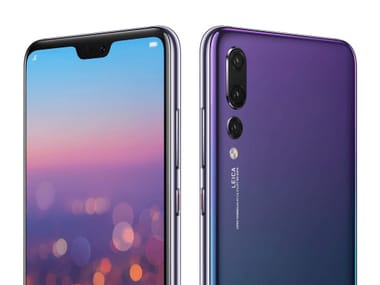 A Winfuture.de report has stated that P20 Pro will have a jaw-dropping 4o MP primary sensor and an 8 MP secondary sensor. The third camera is a standalone sensor with a 20 MP resolution and could possibly have Monochrome functionality. All the sensors will be co-developed by German camera maker Leica, who had worked previously with Huawei on the Mate 10 series.

Now the report states that Huawei has implemented a 5X optical lossless zoom on the dual-camera setup. Yes, you read that right. Till now almost all the smartphones had been privy to 2X lossless zoom thanks to the introduction of a second telephoto lens. However, this 5X optical zoom, which Huawei is calling the Hybrid Zoom, is unheard of. Matter of fact the Nokia Lumia 1020 with its 41 MP sensor could come as close as 4X optical zoom. The apertures of the three lenses on the Huawei P20 Pro are said to be between f/1.6 and f/2.4.

Now there have been other reports that the third sensor might also have some kind of AI capabilities, however, this report does not mention anything about it. In the front of the device we see a  24MP selfie camera which will also be present on the Huawei P20. The Huawei P20 and P20 Pro will be available in a unique Twilight Purple colour variant. Image: Winfuture

Another leak spotted on ithome.com suggests that the smartphones will be available in three more variants in other countries. This includes 4 GB RAM/ 256 storage, 6 GB RAM/64 GB storage and 6 GB RAM/256 GB storage variants.

Huawei P20 Pro with triple cameras, 3X optical zoom to be launched in India on 24 April