The hype surrounding Huawei's flagship phones P20 Pro and P20 Lite is finally over as the Chinese smartphone maker has launched both the smartphones in India at an event in Delhi today. The Huawei P20 Pro has been given a price tag of Rs 64,999 while the cheaper P20 Lite is priced at Rs 19,999. Both the devices are Amazon exclusives and will start selling from 3 May onwards. 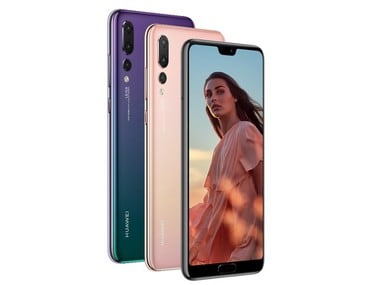 Coming first to the Huawei P20 Pro, the phone has a 6.1-inch AMOLED display with a resolution of 1080x2240, which translates to an 18.5:9 aspect ratio. Powering the device is a Hisilicon Kirin 970 chipset along with 6 GB RAM and 128 GB of internal storage. In the camera department, the P20 Pro has a triple rear camera setup which includes a 40 MP f/1.7 primary sensor, along with a 20 MP secondary as well as a third 8 MP unit. The phone is capable of 3X optical zoom and 5X Hybrid zoom. The camera has been manufactured by Leica. In the front, we see that the Pro also gets a 24 MP f/2.0 front-facing camera for selfies. Huawei P20 Pro review: Breakthrough camera and overall performance makes this the flagship phone to go for in 2018 so far