The recently launched Huawei P20 Pro and its sibling, the P20 Lite is going on sale today in India with Amazon being their exclusive online partners. 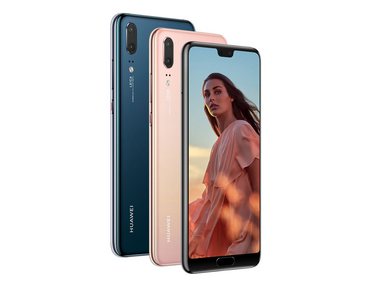 To lure fans in, Huawei is also throwing in a bunch of launch offers which includes a Rs 5,000 instant discount for Axis Bank card users till 7 May. There is also an exchange offer where you can save up to an additional Rs 6,000 and a no-cost EMI option for up to 12 months starting at as low as Rs 5,417 per month.

As for the lower-end P20 Lite, Axis Bank users get a cashback of Rs 1,500 whereas exchange offers top at Rs 2,000. No-cost EMI options are also available beginning at Rs 1,667 per month.

In terms of specifications, the Huawei P20 Pro has a 6.1-inch AMOLED display with a resolution of 1080x2240, which translates to an 18.5:9 aspect ratio. Powering the device is a HiSilicon Kirin 970 chipset along with 6 GB RAM and 128 GB of internal storage. In the camera department, the P20 Pro has a triple rear camera setup which includes a 40 MP f/1.7 primary sensor, along with a 20 MP secondary as well as a third 8 MP unit. The phone is capable of 3X optical zoom and 5X Hybrid zoom. The camera has been co-engineered by Leica. In the front, we see that the Pro also gets a 24 MP f/2.0 front-facing camera for selfies.